Endo’s injectable testosterone Aveed is listed in the Orange Book as being covered by Bayer’s U.S. Patent Nos. 7,718,640 and 8,338,395.  Endo and Bayer sued Custopharm after it submitted an Abbreviated New Drug Application (ANDA) to produce a generic version. (Under 35 U.S.C. 271(e), submission of the ANDA is an act of infringement). 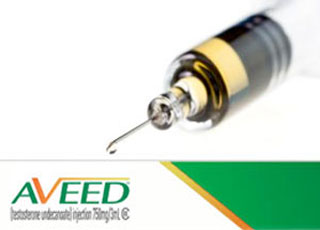 On appeal, the Federal Circuit has sided with the patentee — affirming the district court judgment of validity.

The claimed invention here requires the use of testosterone undecanoate (TU) at a concentration of 250 mg/ml in a vehicle containing a mixture of about 40% castor oil and 60% benzyl benzoate. (Claim 1 of the ‘640 patent). Three key prior art references are all research articles that report using the same concentration of TU and also the castor oil.  The prior-art articles do not, however, actually report that benzyl benzoate was used — it turns out though that the researchers (including one overlapping listed inventor here) used the same 40/60 split of castor oil and benzyl benzoate.  The asserted claim 2 adds a limitation that 750 mg TU is injected — the articles describe the use of 1000 mg.

The inherency doctrine has been quite limited by the Federal Circuit — Under the law, a prior art reference inherently discloses a claim limitation only when “the
limitation at issue necessarily must be present, or [is] the natural result of the combination of elements explicitly disclosed by the prior art.” Par Pharmaceutical, Inc. v. TWI Pharmaceutical, Inc., 773 F.3d 1186 (Fed. Cir. 2014).

The district court reasonably found that this was not enough “to establish [with clear and convincing evidence] that the Articles barred the possibility of an alternative vehicle being used in the prior art compositions” to meet the rigorous standard of inherency.

Prior Publications Compared with Prior Uses or Sales: I believe that this case could have come out differently if the challengers had been able to rely upon the uses in the experiments as prior sales or public uses. In those circumstances, the question would focus on what was actually in the injection rather than what was publicly known or disclosed about the injection. My conjecture here appears to be based upon alternative facts since the articles in-question stem from research studies and so were likely sufficiently protected by secrecy and experimental use limitations.

The other question here is what to do about the fact that Bayer (or its predecessor) was involved with the prior art articles.  Here, Doris Hübler is the first named inventor on the patents at issue and also one of the authors of the prior art article and that Bayer provided the TU ampules used for the testing.  I believe that the answer here is that Bayer only runs into trouble here if (1)the experiments count as commercialization under cases such as Metallizing Engineering or (2) Bayer somehow abandoned the invention. Neither of these appear appear to fit here.

11 thoughts on “Actual Use vs Inherent Disclosure: Endo v. Custopharm”