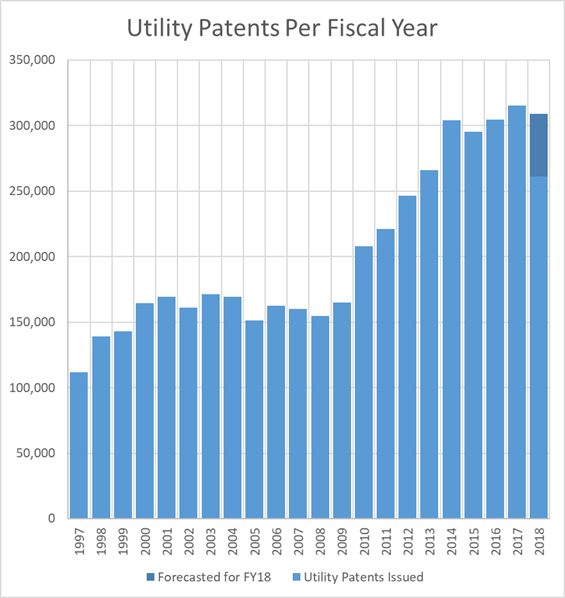 With two-months left in the fiscal year, the USPTO is on-track for another 300,000+ patent year. The chart above shows the number of utility patents issued each fiscal year for the past two decades. The current forecast for FY2018 is a bit below FY2017 – but still the second highest number of patents issued in a single year. Examiners will push to make their quotas prior to the end of the year – however those will not be reflected in issued patents in FY18 because of the lag between allowance and issuance.