Facebook’s U.S. Patent Application No. 13/715,636 claims a method for displaying a set of images after reshuffling or resizing the images.  The Examiner rejected Claim 1 (below) as anticipated; and that rejection was affirmed by the Patent Trial and Appeal Board.  Now on appeal, the Federal Circuit has reversed and remanded — finding that the USPTO had too loosely interpreted the prior art.

The claimed image rendering process begins with a sequence of images. Each image is assigned a “first position” within an “array of contiguous image elements” — in other words, the images are put in a particular order.  When a user adjusts the position or size of an image — there may be a need for reshuffling of the images into “second positions.”  The claimed method includes a requirement that the reshuffled sequence “be contiguous.” — i.e., no gaps in the array. 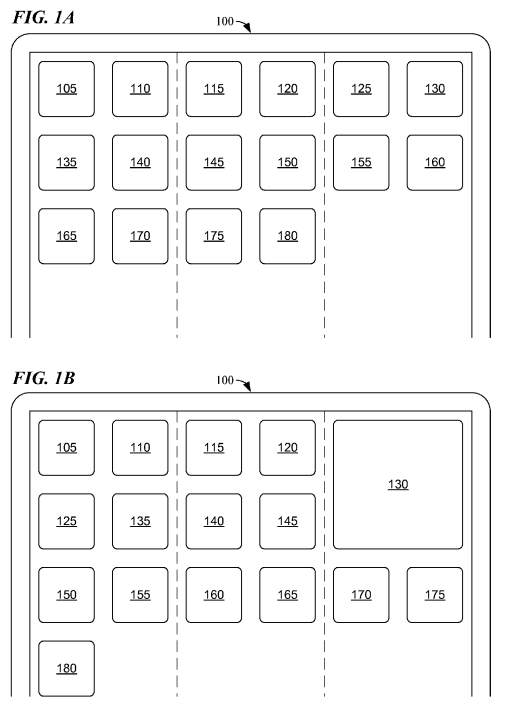 Notice the reshuffle above that occurred from 1A to 1B when a user resized image 130.

The claims expressly require that the reshuffle retain contiguity.  The problem for the PTO is that the identified prior art (Perrodin) did not require contiguity “in all cases.”   The court wrote:

The court here did not discuss obviousness because the PTO had conceded that “the anticipation and obviousness rejections rise and fall together.”

by a computing device, determining a sequence of image elements;

by the computing device, providing information to render the array of contiguous image elements.