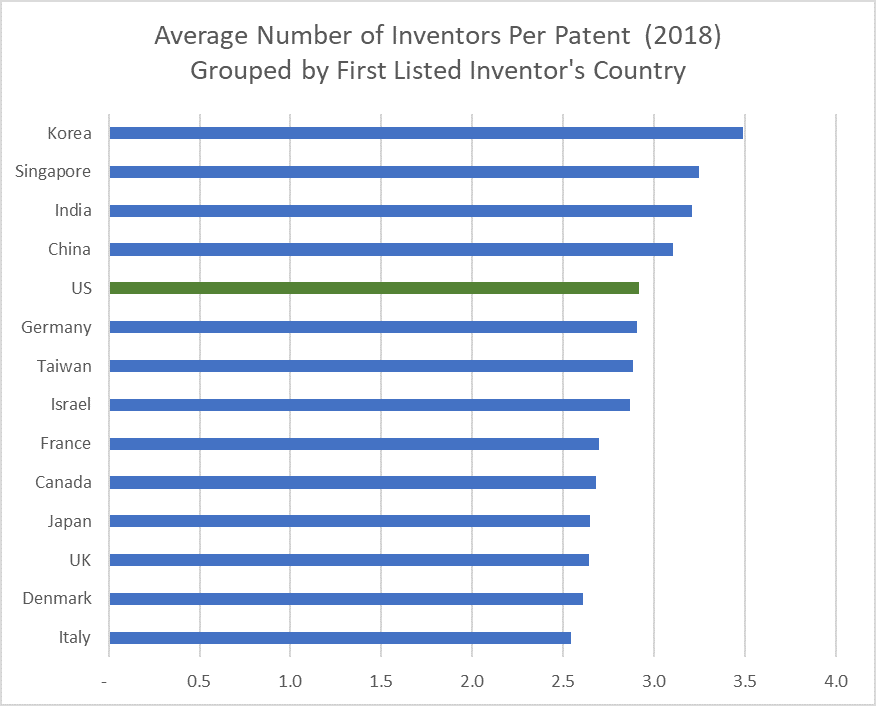 U.S. patents list the country of residence of the inventors at the time of patent issue — although I imagine that many applicants do not update residence during application pendency.  The chart below looks at the first-listed inventor for recently issued patents and then reports the average number of inventors per patent for each country.  An interesting caveat to this report is that about 8% of U.S. patents involve cross-border inventions. These are multi-inventor patents with at least two of the inventors residing in different countries.

8 thoughts on “Inventors Per Patent III”