As part of a licensing agreement, MerchSource agreed as follows:

THE PARTIES AGREE THAT … DISPUTES SHALL BE LITIGATED BEFORE THE COURTS IN SAN FRANCISCO COUNTY OR ORANGE COUNTY, CALIFORNIA.

Later, MerchSource stopped paying the agreed-upon royalties (arguing that the patents are invalid and so no money need be paid); Dodocase subsequently sued for infringement and breach in N.D.Cal. Federal Court.  MerchSource then filed for inter partes review (IPR) and post grant review (PGR) of the patents at issue.  Those proceedings are still pending before the PTAB as is the District Court case.

In response to the IPR/PRG filings, the district court issued a preliminary injunction ordering MerchSource to withdraw the PTAB petitions.  MerchSource did not do that, but rather appealed to the Federal Circuit who affirmed.

A particular question on appeal was whether the forum selection clause applied in this case because it was limited to disputes ” arising out of or under this Agreement.”  On appeal, the Federal Circuit agreed that the invalidity contentions did indeed arise from the contract. Quoting its prior Texas Instruments decision, the court explained: “There may be an issue, as here, of whether … the licensee may elect to challenge the validity of the licensed patents. . . . Thus, the governing law clause in the present case, as in any patent license agreement, necessarily covers disputes concerning patent issues.” Texas Instruments Inc. v. Tessera, Inc., 231 F.3d 1325 (Fed. Cir. 2000).

The decision here by the court is non-precedential and essentially quotes Texas Instruments for its holding. However, the case involves two important transformations of that prior case.  First, as reiterated here, the Federal Circuit appears to make it almost a rule-of-law that validity challenges will be covered by a standard contractual forum selection clause.  Second, and importantly, the cicumstances in the present case are different because of the advent of AIA proceedings.  In TI, a party was prevented from litigating its infringement case in the USITC — here the question is whether the forum selection clause keeps the case out of the PTAB.

1. Are contractual forum selection clauses interpreted under regional circuit law as according to precedent, or are AIA proceedings to review the validity of patents necessarily covered by the forum clause in any patent license agreement regardless of the clause language?

2. Can the Supreme Court’s ruling in Lear, prohibiting contractual obstacles to validity challenges, be overcome in the absence of the countervailing public policy set forth in Flex-Foot? . . . .

The first question is a bit hyperbolic and presents a false dichotomy – but that is now a standard approach for en banc and certiorari petitions.  In any event, the Federal Circuit stated that it was applying California law to the contract interpretation; but then appeared to actually apply its own Federal Circuit law; and petitioner argues that 9th Circuit law should apply here (as it does in diversity cases).

Although the court and parties are circling around various legal issues, the baseline questions are (a) can someone contractually waive their right to file an IPR petition; and (b) if so, under what circumstances; and (c) if so, what contractual language will be sufficient? 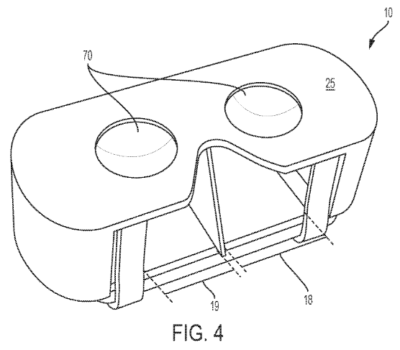 49 thoughts on “Contracting Around AIA Trials”