My take: The change here is substantially due to Dir. Iancu, including (but not limited to) his push on limiting the scope of examiner eligibility analysis.  The chart below superimposes images of the USPTO Director at around their start-date.  If you recall, Jon Dudas was known for limiting patent grants (“second pair of eyes review”); David Kappos opened the door with collaborative patenting (“right-sized patents”); Michelle Lee turned things back down with a focus on “patent quality”; and  finally, Andrei Iancu ‘We will not continue down the same path.’ 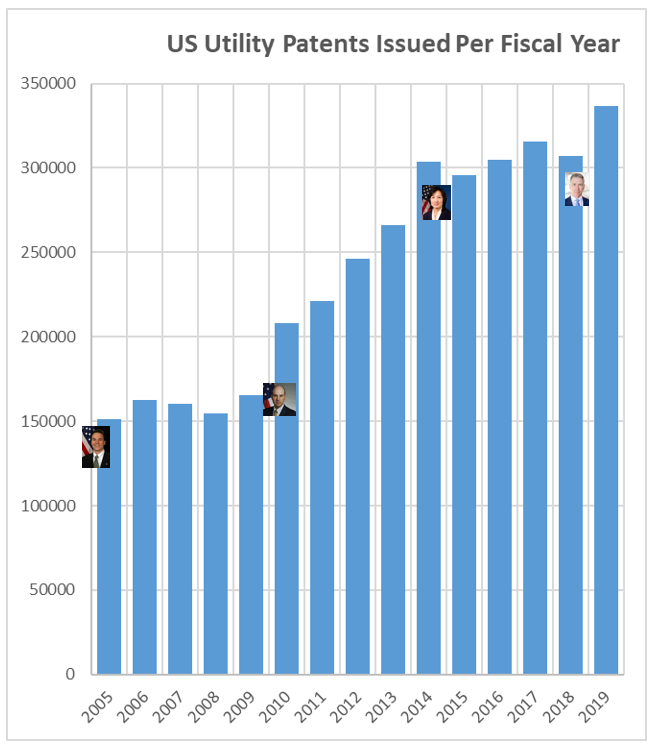 1. A wi-fi connection method for a mobile terminal, comprising:

obtaining a data list and location information of the wi-fi hotspots;

sending the data list and the location information to a server;

connecting, at the mobile terminal, the available wi-fi hotspot based on the password information. 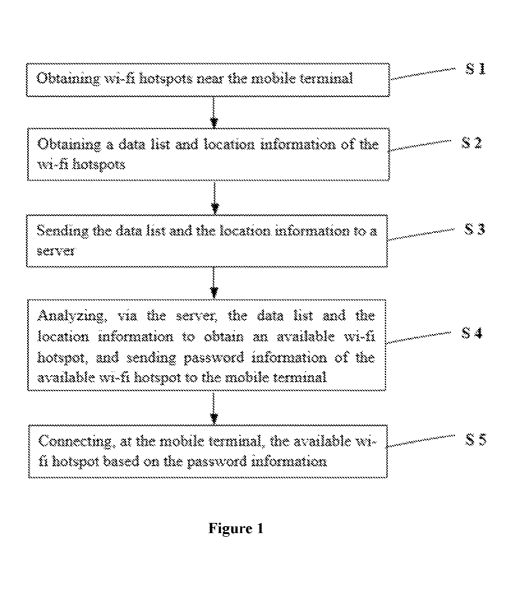 46 thoughts on “Patent Grants Per Year”