This short decision reads like a study of my parenting style — “You should have understood my meaning based upon my facial expression!”  From a patent-law perspective, the Federal Circuit here has vacated an entire IPR proceeding because the challenger lacks standing to appeal.  Note here that the “R” is reexamination rather than review and the decision is nonprecedential. 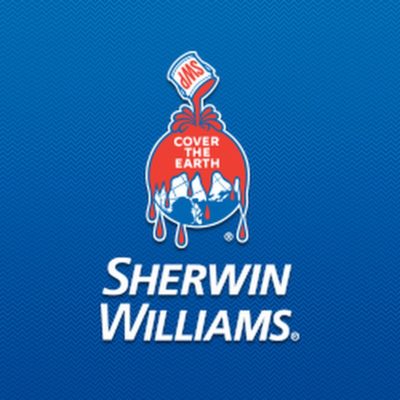 This case involves two inter partes reexaminations filed by PPG back in 2012. U.S. Patents 7,592,047 and 8,092,876.  On reexamination, the examiner rejected all the claims; then the Board (PTAB) reversed all of those rejections (favoring the patentee).

On appeal, the Federal Circuit refused to hear the case on standing grounds — holding that Valspar had granted a covenant-not-to-sue that mooted the appeal.  PPG Industries, Inc. v. Valspar Sourcing, Inc., 679 Fed. Appx. 1002 (Fed. Cir. Feb. 9, 2017)(nonprecedential) (Valspar I).  Still, although it did not hear the merits of the case, the court still vacated the PTAB Final decisions in the interests of “justice.” In particular, the court appeared to be looking to punish Valspar for filing its covenant-not-to-sue late in the appeal — “tardily and unilaterally.”

“A party who seeks review of the merits of an adverse ruling, but is frustrated by the vagaries of circumstance, ought not in fairness be forced to acquiesce in the judgment. The same is true when mootness results from unilateral action of the party who prevailed below.” U.S. Bancorp Mortg. Co. v. Bonner Mall P’ship, 513 U.S. 18 (1994). . . .

Valspar I.  Here, the vacatur is seen as an equitable remedy and, it turns out that the Federal Circuit was not interested in punishing the patentee for its late action, but only to ensure that the mootness holds.

Following Valspar I on “remand” and with its decision upholding the patent vacated, the Board went the other way and ordered the examiner to issue reexamination certificates cancelling all of the challenged claims.  In particular, the Board found that the vacatur of its prior decision terminated the appeal and thus the examiner was required by law to issue the reexamination certificate upholding the claims.

The Federal Circuit, now in Valspar II, found the Board’s approach inequitable — the very opposite of equitable.

Had we intended such an incongruous result, we would have made that intent explicit in our opinion. The Board should have interpreted the scope of the vacatur based on the context provided by this court’s opinion. . . . With this context, it was clear that this court’s intent was to nullify the entire inter partes reexamination without any collateral effect on other litigation.

Valspar II.  On remand here, the Board is instructed to either (1) do nothing or (2) “To the extent the Patent Office interprets our mandate to require further action, such action should be limited to concluding the reexaminations by vacating the proceedings without any further adjudication, and without the issuance of any reexamination certificate.”

Issues Here: To my knowledge, the Federal Circuit has not begun vacating Inter Partes Review proceedings based upon lack of appellate jurisdiction, but this decision shows how it is within the court’s equitable power.

Query: Is anyone else a little bit creeped out by the Sherwin Williams logo?

Note that Valspar has an ongoing lawsuit against PPG that asserts continuations of the disclaimed patents here.