The USPTO is maintaining an updated set of “select eligibility cases” (xlsx file) that the Office sees as useful guidance for its examiners.  Of these, the only 19th Century case is Tilghman v. Proctor, 102 U.S. 707 (1881). 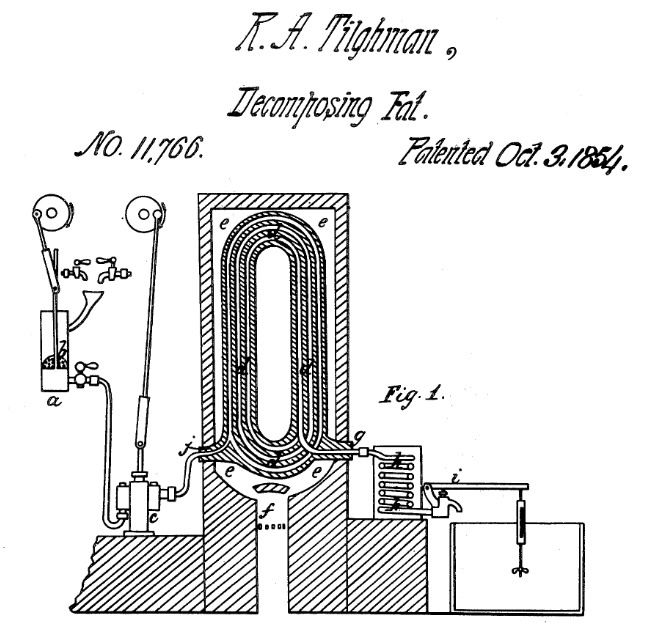 In Tilghman, the Supreme Court sided with the patentee — holding that that the claimed process of obtaining free fatty acids and glycerine from fatty bodies to be patent eligible.

I claim, as of my invention, the manufacturing of fat acids and glycerine from fatty bodies by the action of water at a high temperature and pressure. 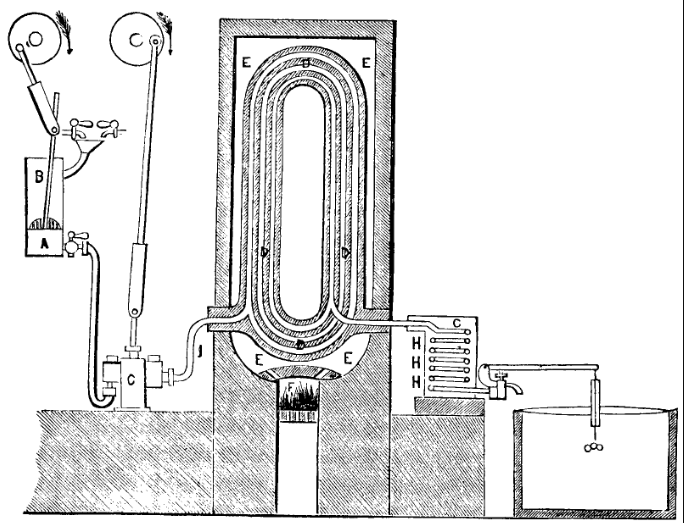 The patent first came before the Supreme Court in 1873 in Mitchell v. Tilghman, 86 U.S. 287 (1873).  In that decision, the Supreme Court limited the claim scope to be confined to the particular method described in the specification that used very high heat (612° Fah) for a short time (10 minutes) and thus, a process operating at a lower temperature (only 400° Fah) for much longer (several hours) did not infringe.

Seven years later, the Supreme Court changed course — holding that the claim is directed to a process, “and not for any specific mechanism for carrying such process into effect.”  The court explained:

What did Tilghman discover? And what did he, in terms, claim by his patent? He discovered that fat can be dissolved into its constituent elements by the use of water alone under a high degree of heat and pressure; and he patented the process of ‘manufacturing fat acids and glycerine from fatty bodies by the action of water at a high temperature and pressure.’ Had the process been known and used before, and not been Tilghman’s invention, he could not then have claimed anything more than the  particular apparatus described in his patent; but being the inventor of the process, as we are satisfied was the fact, he was entitled to claim it in the manner he did.

At that time, the patent act did not use the term “process” but instead the word “art”, which the Supreme Court interpreted to include processes that are “usually the result of a discovery [made] irrespective of any particular form of machinery or mechanical device.”  As such, the court allowed the patent to be enforced.

In contrasting somewhat parallel language found in the “great case” of O’Reilly v. Morse, Court noted that there is a difference between a patent for a process (patentable) and a patent for a mere principle (unpatentable).

The eighth claim of Morse’s patent was held to be invalid, because it was regarded by the court as being not for a process, but for a mere principle. It amounted to this, namely, a claim of the exclusive right to the use of electro-magnetism as a motive power for making intelligible marks at a distance; that is, a claim to the exclusive use of one of the powers of nature for a particular purpose. It was not a claim of any particular machinery, nor a claim of any particular process for utilizing the power; but a claim of the power itself,—a claim put forward on the ground that the patentee was the first to discover that it could be thus employed. This claim the court held could not be sustained.

The court then contrasted Tilghman’s invention:

The claim of the [Tilghman] patent is not for a mere principle. The chemical principle or scientific fact upon which it is founded is, that the elements of neutral fat require to be severally united with an atomic equivalent of water in order to separate from each other and become free. This chemical fact was not discovered by Tilghman. He only claims to have invented a particular mode of bringing about the desired chemical union between the fatty elements and water. He does not claim every mode of accomplishing this result. . . . He only claims the process of subjecting to a high degree of heat a mixture continually kept up, of nearly equal quantities of fat and water in a convenient vessel strong enough to resist the effort of the mixture to convert itself into steam. This is most certainly a process. . . .

It is our opinion that the patent is for a process, that it is a valid patent, and that the defendants infringe it.

39 thoughts on “Claiming a Process Rather than a Mere Principle”