Judge Stark (D.Del) sided with the defendants in this case — finding KPN’s patent claims ineligible under 35 U.S.C. 101. U.S. Patent No. 6,212,662.  On appeal, the Federal Circuit has reversed — holding that the claims are not directed toward an abstract idea:

Rather than being merely directed to the abstract idea of data manipulation, these claims are directed to an improved check data generating device that enables a data transmission error detection system to detect a specific type of error that prior art systems could not.

KPN is a large Dutch telecom.  The claims here are directed to a “device” to create “check data” (checksum or hash) for error checking digital signals as they pass through the lines. 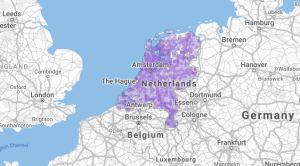 The basic approach here is to create a checksum before transmitting the data and then recreate the checksum at the other end — if the two match then we know the data  was (probably) not corrupted.

The invention here is directed improving chance that the data was “probably not corrupted” by somewhat randomly mixing-up the original data before calculating the checksum.  That approach helps catch systematic errors undetected by a less nuanced checksum algorithm.  The claims use a “varying device” to do the mixing-up that changes bit-positions relative one another and requires that the mixing be varied “in time.”  Although the claims do not spell-out the meaning of “in time” – I assume that we’re talking about something like a pseudo-random number generator function that uses the current time as its repeatable initiating point.

Note here, all that the claims require are two devices working in tandem to (1) mix-up (vary) the incoming data in a way that changes over time; and (2) generate check data.

On appeal, the Federal Circuit reversed — focusing on the court’s regular distinction between inventions that improve computer capabilities vs those that invoke computers as tools.

An improved result, without more stated in the claim, is not enough to confer eligibility to an otherwise abstract idea. . . . To be patent-eligible, the claims must recite a specific means or method that solves a problem in an existing technological process.

Here, the court concluded that requiring mixing-up of data that varied in-time “recites a specific implementation of varying the way check data is generated that improves the ability of prior art error detection systems to detect systematic errors.”

[T]he claimed invention is … directed to a non-abstract improvement because it employs a new way of generating check data that enables the detection of persistent systematic errors in data transmissions that prior art systems were previously not equipped to detect.

The defendant also argued that the claims were ineligible because the result was simply data — the claims did not require any particular use. “According to Appellees, without this last step tying the claims to a ‘concrete application,’ the claims are doomed to abstraction.”  The Federal Circuit rejected that argument — holding that the claims are directed toward an improved tool — a checksum creator.  The claims need not “recite how that tool is applied in the overall system.”

Rather, to determine whether the claims here are non-abstract, the more relevant inquiry is “whether the claims in th[is] patent[ ] focus on a specific means or method that improves the relevant technology or are instead directed to a result or effect that itself is the abstract idea and merely invoke processes and machinery.” Quoting McRO; Electric Power Group, LLC v. Alstom S.A., 830 F.3d 1350 (Fed. Cir. 2016) (finding claims to be directed to a patent-ineligible abstract idea because “the focus of the claims [wa]s not on such an improvement in computers as tools, but on certain independently abstract ideas that use computers as tools”).

One element of the decision that I see as important is that the court focused on what the patentee claimed to be their improvement within the patent document:

The claims sufficiently capture the inventors’ asserted technical contribution to the prior art by reciting how the solution specifically improves the function of prior art error detection systems.

Note that in this case, the specification identifies the prior art approach and its deficiencies and then explains how the invention is an improvement over the prior art. That approach had fallen out of favor in U.S. patent practice appears to be what saved-the-day for the patentee in this case. 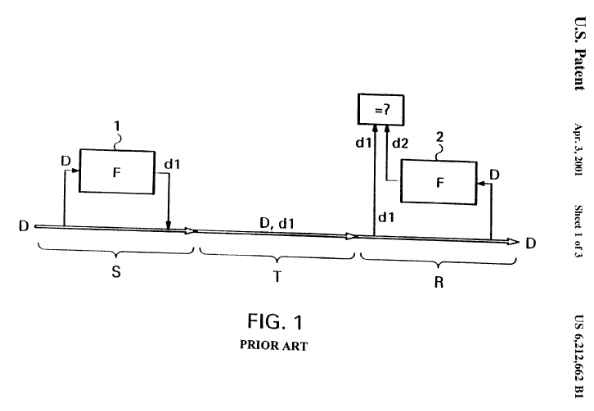 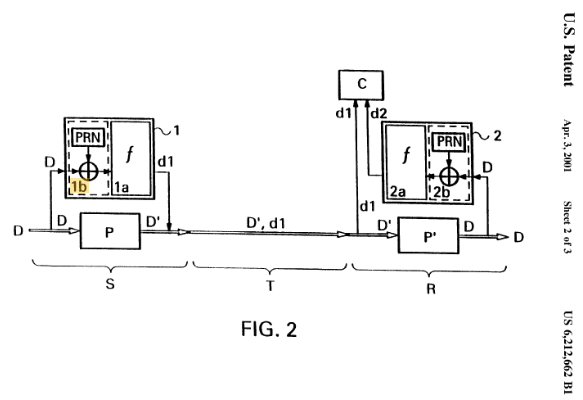 Dependent Claim 2 is at issue:

1. A device for producing error checking based on original data provided in blocks with each block having plural bits in a particular ordered sequence, comprising:

a generating device configured to generate check data; and

wherein said varying device includes a permutating device configured to perform a permutation of bit position relative to said particular ordered sequence for at least some of the bits in each of said blocks making up said original data without reordering any blocks of original data.

2. The device according to claim 1, wherein the varying device is further configured to modify the permutation in time.