The Questions Presented below address disparities of outcomes for Patent Owners versus Petitioners, but they may be considered companion issues.

1. Can a court ever choose to write reasoned opinions for one class of losing appellants and not another under the Due Process and Equal Protection Clauses; and if so, how disparate can the issuance rates of reasoned opinions, versus summary affirmations, be for different classes of appellants?

2. Is the Public entitled to reasoned opinions when the absence of those opinions diminishes the Public’s right of access to the courts and ultimately results in the erosion of the Rule of Law? 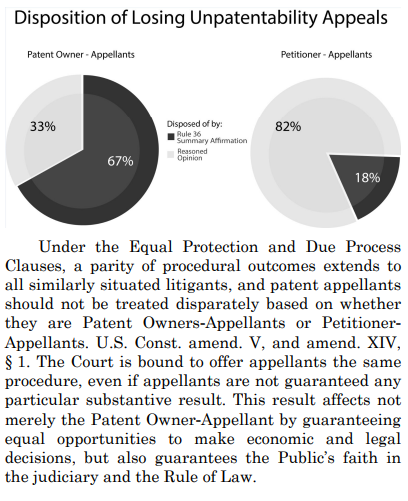