Maxell was originally a battery company (MAXimum capacity dry cELL).  The $80b company has expanded into all sorts of digital media. 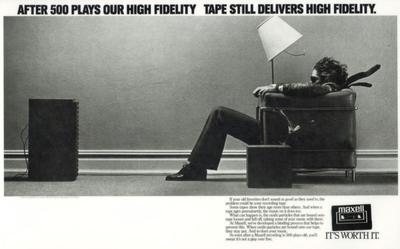 Its patents at issue in this case all relate to managing access to content sent over networks, such as videos provided through online rental and streaming services.  U.S. Patents 8,311,389 ( with 2000 priority date). [Update – These are the three patents listed in the petition, but that appears to be an error.  I believe that Maxell intended to list 9,083,942 and 9,773,522 but switched a couple of digits.]

Maxell sued Fandango for infringement — alleging that the “FandangoNow” service infringed.  The lawsuit was cut-short by the district court’s dismissal on the pleadings – finding the asserted claims ineligible as directed to the abstract idea of “restricting access to data” using “rules based upon time.”  On appeal, the Federal Circuit affirmed without opinion following its internal R.36 procedure.  Now, Maxell has petitioned the Supreme Court with a simple question:

[Petition].  This petition is part of the pile of eligibility petitions, including Athena, Hikma, Berkheimer, and Trading Technologies.

The argument in Maxell focuses primarily on Alice Step 1 — whether the claim is directed to a patent ineligible concept.  Maxell explains its position that the lower court went too-far in generalizing the concepts of the invention:

The court fundamentally erred at step one by describing the claims at too high a level of generality and failing to consider the digital context.

Id. The Supreme Court particularly warned against undue generalization in Alice — writing that at some level of generalization, all inventions involve an abstract concept. Alice.

Although Maxell’s innovations could be generally classified as a way of “restricting access to data” using “rules based upon time,” the company argues that this abstraction is not what was actually claimed:

Regarding Alice Step 2, Maxell suggests that the innovative concept is easier to identify once you recognize that the patent applications were filed back in the year 2000.  However, the district court refused to consider evidence of inventiveness in its eligibility analysis.

In some ways, this case is simply asking the Supreme Court to recognize the USPTO’s eligibility examination guidelines as the law — a claim is only directed at an abstract idea if it recites an abstract idea.

The district court used the following claim as representative in its analysis:

storing the audio/video information on a storage medium; and

Note that the claim has interesting parallels to the claims invalidated in Mayo v. Prometheus.

127 thoughts on “Ladders of Abstractions: How Many Rungs Till the Threshold?”