This lawsuit centers on Munchkin’s U.S. Patent 8,739,993 covers a “spillproof drinking container” as well as associated trademark and unfair competition claims.  Munchkin sued and LNC responded with an inter partes review petition. The PTAB cancelled the claims; the Federal Circuited affirmed without opinion (R.36); and Munchkin then dismissed its patent claims in the district court.  By that point, Munchkin had also dropped all of its non-patent claims (dismissed with prejudice). 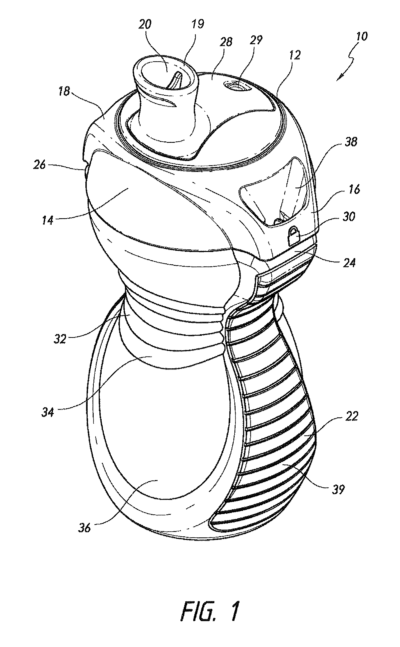 After Munchkin’s voluntary dismissal, the defendant then asked for attorney fees under 35 U.S.C. § 285 (Patent Act) and 15 U.S.C. § 1117(a) (Lanham Act).  Both provisions indicate that attorney fees can be awarded to the prevailing party in “exceptional cases.”  Although a district court is given discretion in determining whether a case is “exceptional,” a threshold still exists.

The judge sided with LNC — finding all of the claims “substantively weak” and noting that Munchkin should have known of the weakness. The court then awarded $1.1 million in attorney fees.

On appeal, the Federal Circuit has reversed — holding that the moving party (LNC) had failed to meet its burden of presentation since it “presented nothing to justify” an exceptional case finding.

Here, the trademark and unfair competition claims were voluntarily dismissed by the plaintiff without any substantial analysis of the issues by the court.  That situation can still lend itself to a fee award. However, the Federal Circuit here ruled that those underlying issues of merit or misbehavior must be “meaningfully considered by the district court.”

The appellate panel showed its approach with the patent claim.  Although the patent was found invalid, for exceptional case analysis we begin with an assumption that the patentee had a reasonable basis for believing its patent was valid.  The prevailing party has the burden of then showing that the position was unreasonable.