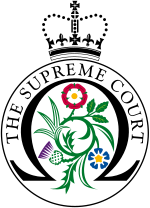 This important patent decision comes from the UK Supreme with a holding that Regeneron’s patents are invalid for insufficiency of the disclosure.  The insufficiency doctrine in the UK is parallel to US enablement law.

In the U.S., the courts have limited the enablement doctrine – especially considering McRO, Inc. v. Bandai Namco Games Am. Inc., 959 F.3d 1091 (Fed. Cir. 2020) (claims are valid absent identification of “concrete” and “particular” embodiment covered by the claim but not enabled).  Of course, the US now has a powerful eligibility doctrine that overlaps as well.

an in situ replacement of mouse VJ regions with human VJ regions at a murine chromosomal immunoglobulin light chain locus.

EP2264163 (EP1360287 also asserted).  If I understand this correctly, mice were first generically modified to contain DNA sequences for creating the human antibody.  However, those mice died easily and so the researchers added back some amount of murine (mice) DNA.  With just the right mix, the mice lived well and also produced antibodies that could be given to humans without triggering a human anti-mouse antibody response (HUMA).

The specification of an application shall disclose the invention in a manner which is clear enough and complete enough for the invention to be performed by a person skilled in the art.

14(3) of the UK Patents Act 1977 (Replicating the EPC Article 83). In the UK and Europe, courts have also used the undue-experimentation test and have also considered whether a skilled person would need create a follow-on invention in order to practice the invention.

Typically a claimed “range” in patent law is thought of as a numerical spread with the claim covering all potential embodiments in-between.  The full-scope of a claimed range must be enabled, and this is a common attack-point for defendants.  Here, the claims do not specify such a range, but the defendant was able to characterize the claimed replacement regions as constituting a wide swath of potential transgenic mice — thus a range (“range of products”).  The Supreme Court agreed here that it is the full scope of claimed “range of products” that must be enabled.

In the case, the trial court sided with the defendants — holding that “the teaching in the patent did not enable any type of mouse within the range to be made, let alone mice across the whole of the relevant range.” (quoting here from the Supreme Court opinion).  The appellate court disagreed — finding that the claim did enable something within the claimed scope — and that the disclosure was sufficient because the invention was inventive and groundbreaking.

Patentees are free to choose how widely to frame the range of products for which they claim protection. But they need to ensure that they make no broader claim than is enabled by their disclosure.

A claim which seeks to protect products which cannot be made by the skilled person using the disclosure in the patent will, subject to de minimis or wholly irrelevant exceptions [such as the length of a mouse’s tail], be bound to exceed the contribution to the art made by the patent, measured as it must be at the priority date.

Enablement across the scope of a product claim is not established merely by showing that all products within the relevant range will, if and when they can be made, deliver the same general benefit intended to be generated by the invention, regardless how valuable and ground-breaking that invention may prove to be.

Id. In applying these principles to the Regeneron patents, the court found that the wide-range of potential products claimed were not sufficiently disclosed. In particular, the claimed range of products included transgenic mice with long segments of the human variable region gene locus.  But, the specification only taught how to do this with short-segments.  Invalid.

8 thoughts on “Sufficiency of a Range: UK Supreme Court”