This post serves as a complement to Prof. Gugliuzza’s new remarks on a parallel case of In re Apple. – DC

Google’s business pervades the lives of most Americans, including most citizens of the E.D. of Texas.  Google has millions of customers in the district; serves terabytes of data to, from, and within the district; and keeps detailed files on the activities of its citizens. Google also has lots of Texas lawyers.  Google is doing everything it can to move this case out of E.D.Texas.  The reality is though that Google doesn’t mind being in Texas, it just doesn’t want Texas style justice — where patent cases are on a direct path to a jury trial.

28 U.S.C. 1400(b) has a specific test for proper venue. An infringement lawsuit can only be filed in a district where either:

Id. Under this test, Google argues that it should not be sued for patent infringement in E.D. Texas. 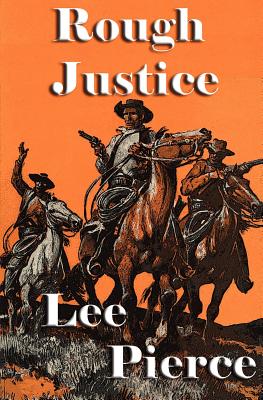 This week, the Federal Circuit released “In re Google” — the third in a series of venue mandamus decision with the same caption.  The new decision denies Google’s petition for mandamus and transfer in a case involving PMC.

PMC’s initial complaint alleged that venue was proper in E.D.Tex because of several “Google Global Cache” servers located within the district.  In a separate mandamus action, the Federal Circuit found that those servers were insufficient to show a “regular and established place of business.”  In re Google LLC, 949 F.3d 1338 (Fed. Cir. Feb. 13, 2020) (Google II).  In particular, those servers were maintained and operated by various ISPs on Google’s behalf, but the Federal Circuit found that the connection was not enough for an agency-implication relationship.

At that point, PMC altered its argument venue argument to focus on another Google vender – CDTI.  CDTI warehouses, ships, and repairs Google hardware (phones & speakers) from its E.D. Tex. facility in the north-Dallas suburb of Flower Mound.

In its petition for mandamus, the Federal Circuit indicated that Google’s argument is “viable … based on the law of agency and this court’s precedent.”  In addition, the court chastised Chief Judge Gilstrap for not moving quickly to resolve Google’s motion.

To get a hearing on mandamus, the court generally requires both a good legal argument and also a clear demonstration that an immediate appeal is necessary. The petitioner must show why it cannot simply wait until final judgment and then appeal.

A party seeking a writ bears the heavy burden of demonstrating to the court that it has no adequate alternative means to obtain the desired relief.

In this case, the Federal Circuit found that mandamus standard had not been met.  A trial date in the case has been set for October 2020; and mandamus here would require postponing the trial and upsetting the process.  Rather than hearing the petition, the court suggests that Google seek “meaningful review of the district court’s venue ruling after final judgment in the case.” At that point, if venue was improper then we get a transfer and new trial.