In its October 2020 decision in EcoServices v. Certified Aviation, the Federal Circuit issued a somewhat muddled nonprecedential opinion.  The en banc petition has now been briefed and awaiting action from the court. 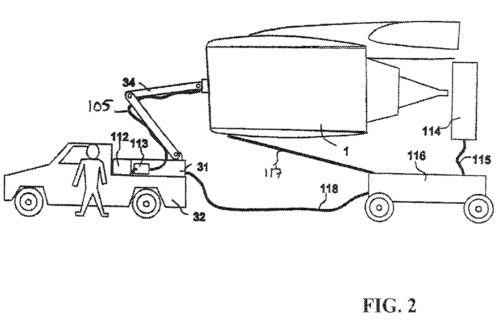 The patents at issue cover methods and systems for washing a jet engine.  A jury sided with the patentee and the district court awarded $2 million in back-damages, and $400 per infringing wash in ongoing royalties.

[Federal Circuit Decision] On appeal, the Federal Circuit affirmed on validity — rejecting the defendant’s eligibility and obviousness argument — as well as infringement.  The appellate court did find problems with the ongoing royalty (as well as the award of supplemental damages for ongoing infringement during the course of the lawsuit). However, the appellate found problem’s with the ongoing royalty because one of the two-infringed patents has now expired. “Here, the record does not support that a later jury would have calculated a royalty of $400 per wash as a royalty award for infringement of the ’262 patent alone.”  The majority opinion was penned by Judge Schall and joined by Judge O’Malley. Judge Dyk wrote in dissent — arguing that the claims should be deemed invalid as directed toward an unpatentable abstract idea.

The defendant subsequently petitioned for en banc rehearing on eligibility grounds, asking “whether the bare idea of automating a known, manual process using a generic machine is a patent-eligible invention.”  Here is claim 1 of Certified Aviation’s US9162262.

a washing unit for providing a washing liquid to the turbine engines;

Reading this claim, you can see that it includes three elements: a “washing unit” that delivers soapy-water to the turbine; an “information detector” such as an RFID or Bar Code reader; and a “control unit.”  The information detector detects the engine type and then the control unit runs a particular “washing program.”

The improvement here is the automation of the of the washing-process by automatically detecting the engine-type and then selecting parameters depending upon the engine type.  But, the particular detection scheme was a very well known approach (RFID or Bar Codes); and the particular wash parameters for any given turbine are not specified in the patent document. The patent explains that this type of activity was already being done in the field — but was using humans to identify/select rather than an automaton.  This had the added benefit of “completely eliminating subjectivity” and thus avoiding user-error in the wash approach.  (Quoting the inventor’s testimony at trial). Before this invention, the “human operator would consult a card for the type of engine to be washed, and [manually] enter the established flow parameters for the engine type.” Quoting Judge Dyk’s dissent.

In his dissent, Judge Dyk cites prior precedent to the point that “mere automation of manual processes using generic computer components” is an abstract idea, even if the automation provides substantial advantages.  The majority disagreed and found instead that the claims “are directed to an improved system for washing jet engines and not to an abstract idea.”

In other words, the claims … do not recite the mere desired result of automated jet engine washing, but rather, recite a specific solution for accomplishing that goal.

Slip Op.  The court released its decision as non-precedential.  That means that its outcome will have little impact on the overall jurisprudence of this area, it also means that the decision was not (likely) distributed to the other Federal Circuit judges prior to release.

The en banc petition largely follows Judge Dyk’s dissent, but offers an interesting bit of analysis regarding the point-of-novelty link to eligibility.

This Court has held that the eligibility inquiry begins by “understand[ing] the problem facing the inventor and, ultimately, what the patent describes as the invention.” ChargePoint.  This point-of-novelty inquiry guards against drafting efforts to patent abstract ideas by hiding them among prior art or otherwise insignificant elements.

Here, the defendant argues is that the point of novelty is the automation, and automation is an abstract idea. The Federal Circuit asked for a response from the patentee, and that has now been filed as well.

Question for the comments on preemption: Could you automate the prior washing process without infringing claim 1?

88 thoughts on “Is this an improved system, or mere automation?”