U.S. cases rarely delve into international patent law issues.  Rather, US courts have largely refused to allow parallel proceedings or filings in foreign jurisdictions to impact their decision-making at home.

IBSA Institut Biochimique, v. Teva Pharmaceuticals offers an interesting perspective on this.  The patent at issue was ISBA’s U.S. Patent No. 7,723,390 that claimed priority back to an Italian patent application (MI2001A1401).  The patent here is directed to a “soft gel capsule formulation containing the active ingredient levothyroxine sodium.” 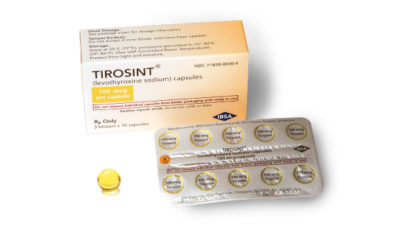 In its decision, the Federal Circuit affirmed a lower-court ruling that the claims were indefinite.  In particular, the claims require that the gel capsule contain “a liquid or half-liquid.” But, nobody knew the meaning of the term “half-liquid.”  Although the term was used in the specification, it was not defined in the specification.  And, the patentee could find no textbook or scientific journal that used the term “half liquid.”

IBSA had argued that the term should be interpreted as “semi-liquid — having a thick consistency between solid and liquid.” To support that conclusion, the patentee pointed to the Italian Application, which used the term “semiliquido” in the exact same places where the ‘390 patent uses “half-liquid.”  A certified translation during the litigation translated the term “semiliquido” as “semi-liquid.”  The suggestion here is that PHOSITA would understand the claim term “half-liquid” to be synonymous with “semi-liquid.”

In its claim construction, the district court gave no weight to the italian priority filing or its certified translation — concluding instead that the change in terminology was intentional.  On appeal, the Federal Circuit affirmed that finding and also the indefiniteness conclusion.

Now IBSA has petitioned to the U.S. Supreme Court, raising the issues as follows:

Patents are unique: the rights they confer are strictly territorial in nature, yet there exists an agreed-upon framework among the vast majority of countries for efficiently securing patent rights. This mutual arrangement permits both U.S. and foreign inventors to seek patent protection first in their home country and then, if they choose, to seek similar rights abroad. In both cases, the inventor can claim “priority” to their domestic application, a critical step for warding off the potentially preclusive effects of “prior art” that can bar patenting.

This efficient system would suffer, if not disappear, without international agreements like the Agreement on Trade-Related Aspects of Intellectual Property Rights (the “TRIPS Agreement”), which establishes a baseline for intellectual property protections among its 140 signatory countries. Amongst other protections, the TRIPS Agreement demands that foreign inventors, and foreign priority applications, be treated like their domestic counterparts. This “national treatment” is a critical protection for U.S. inventors abroad, and for the many foreign inventors who seek to pursue their patent rights in the United States. But the courts below rejected these treaty obligations by choosing to give no weight to a foreign patent application, resulting in a finding of indefiniteness.

Question:Whether, pursuant to the United States’ obligations under the TRIPS Agreement, codified at 19 U.S.C. § 3511, a court construing the claims of a U.S. patent may give no weight to a foreign priority patent application, despite its submission to the U.S. Patent & Trademark Office during prosecution of the patent-in-question, because it is written in a foreign language and exhibits minor differences from the U.S. patent resulting from a translator’s judgment.

43 thoughts on “International Patent Law at the Supreme Court”