Here is a different look at the USPTO grant rate that looks at two numbers for each quarterly period: how many patents issued, and how many applications were abandoned.  These can be added together as a total number of applications disposed-of during the period.  The percentage reported in the chart below is the percent of patents out of that total disposal. 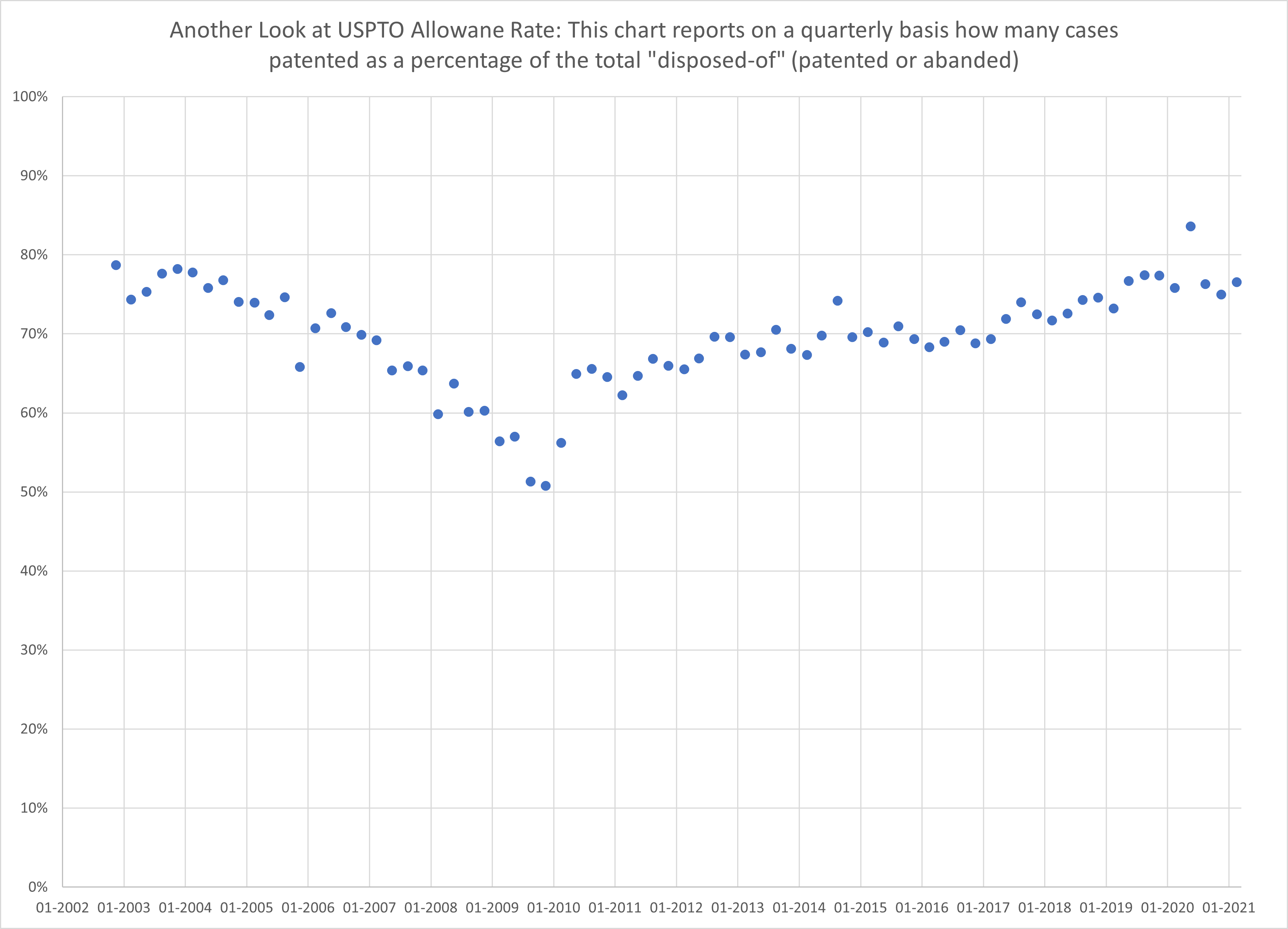 These numbers roughly conform to the work that examiners do on a quarterly basis, but I did not count allowances/rejections, but instead looked only at whether a patent actually issued or actually abandoned (typically by failing to respond to an office action).   You’ll note an upward trend since 2010 with allowance rate roughly matching the highs seen 20 years ago.

7 thoughts on “Another look at USPTO Allowance Rate”