In this Inter Partes Review, the PTAB sided with the patentee Qualcomm and issued a final written decision that the challenged claims had not been proven obvious. (Note – this was after Qualcomm disclaimed some of the more dubious claims). Apple appealed.  (U.S. Patent No. 7,844,037).

Apple has a right to appeal under the statute, but Federal Courts will only hear cases involving an actual case-or-controversy that involves “an injury in fact.”  “To establish injury in fact, the alleged harm must be ‘concrete and particularized and actual or imminent, not conjectural or hypothetical.'” Slip Op; quoting Spokeo, Inc. v. Robins, 136 S. Ct. 1540 (2016) and Lujan v. Defs. of Wildlife, 504 U.S. 555 (1992). The standing requirement is derived from Article III of the U.S. Constitution. Thus, although Congress purported provide a statutory right to appeal, no appeal is permitted unless the appellant can show some injury stemming from the outcome of the case below.

Apple and Qualcomm have a license deal, and Apple has licensed the patent at issue (along with at least 20,000 other patents).  Typically, a licensee has standing to challenge a patent, because it will help it escape from paying royalties. Here, however, Apple did not allege that the patent’s invalidity would impact any ongoing royalty payments.  Presumably, the rate is identical even if it is only 19,999 patents under the license.  In other words, Apple did not show how it is injured by the ongoing validity of the one challenged patent. (Actually there are two parallel cases, so “two challenged patents.”)

The Federal Circuit’s decision is a classic Judge Moore opinion that identifies and defines a particular rule (here the in-fact-injury) and then strictly applies the rule to that facts at issue.  The problem though is that the Supreme Court’s constitutional analysis is not so cut-and-dry.  Here, the petition argues that the court’s analysis provides “rigid, patent-specific rules” that the Supreme Court has previously rejected. 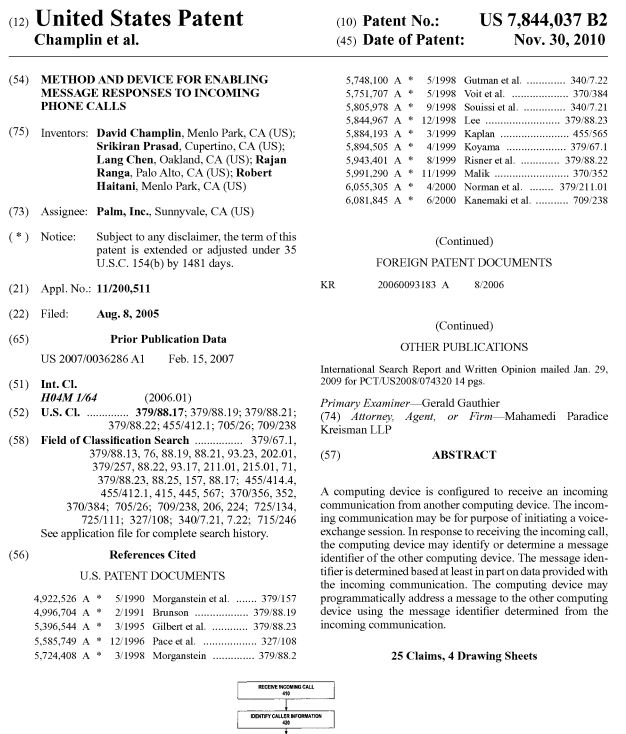 4 thoughts on “En Banc on Standing for IPR Challenge Appeals”