Pleading Standards: The starting point of a civil lawsuit is the filing of the complaint that makes a claim for relief.  FRCP 3.  In order to properly state a claim, the rules require “a short and plain statement of the claim showing that the pleader is entitled to relief.” FRCP 8.  For many years, the rules included an Appendix of Form Complaints deemed legally sufficient to satisfy R. 8. Form 18 focused on patent infringement and included a bare-bones set of allegations that (1) the plaintiff owns a particular patent and (2) the defendant has infringed that patent. (Image of Form 18 below).   In general, Form 18 was plaintiff friendly, making it easy to file a patent infringement lawsuit without providing any details beyond the patent number at issue.  That approach was in place for a number of years and only began to crumble with the Supreme Court’s decision in  Bell v. Twombly, 550 U.S. 544 (2007), followed by Ashcroft v. Iqbal, 556 U.S. 662 (2009).  Those cases interpreted the “short and plain statement” requirement as requiring “facial plausibility” that can be satisfied by the inclusion of factual allegations that lead to a reasonable inference of liability.  Still, even after Iqbal, the form-pleading-sufficiency rule was still in place in a way that forestalled complete implementation of the Iqbal regime. In 2015, Form 18 was removed and the transformation complete.

Element-by-Element Claim Analysis in Pleadings: Post-Iqbal, the courts have struggled with line-drawing-what quality of factual allegations are sufficient to survive the plausibility test.  In patent cases, one question is whether then plaintiff needs to provide an element-by-element analysis of how the accused activity practices each element of the asserted claims.   Here, the Federal Circuit holds (again) that element-by-element analysis is not a pleading requirement:

To the extent this district court and others have adopted a blanket element-by-element pleading standard for patent infringement, that approach is unsupported and goes beyond the standard the Supreme Court articulated in Iqbal and Twombly. 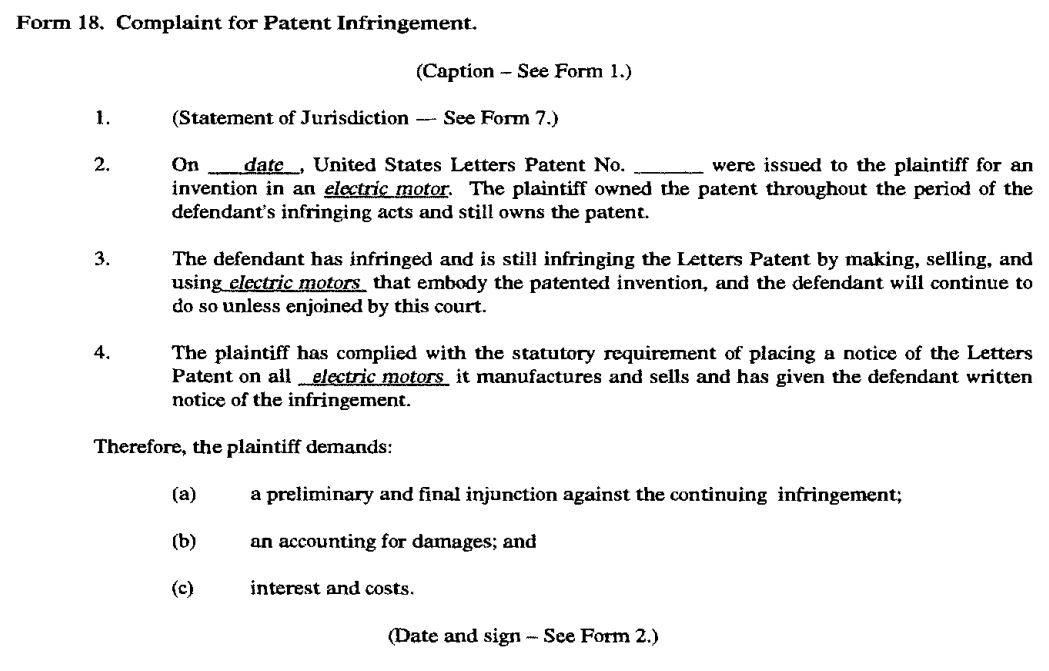 In Bot M8 v. Sony, the district court dismissed Bot M8’s infringement claims against Sony’s PlayStation 4 (PS4). (Dismissing claims stemming from four patents).   On appeal, the Federal Circuit has reversed-in-part.  While plausibility is required, the court repeated its prior statement that the plaintiff “need not prove its case at the pleading stage.” Bill of Lading (Fed. Cir. 2012).

The court then tried to draw some lines:

Again, the focus is on fair notice to the defendant and “specific facts are not necessary” when the general allegations are sufficient.

Although the district court required too much by demanding element-by-element analysis in the complaint, the Federal Circuit still affirmed the dismissal with regard to two of the four patents.  For those two patents, the court concluded that allegations found in the complaint actually disprove infringement.  The complaint “contains too much rather than too little, to the point that Bot M8 has essentially pleaded itself out of court.”  In particular, Bot M8 alleges that the “authentication program” is stored on the motherboard, but the claims require the program to be stored on a separate board. “That allegation renders Bot M8’s infringement claim not even possible, much less plausible. While claim 1 requires that the game program and authentication program be stored together, separately from the motherboard, the [complaint] alleges that the authentication program is located on the PS4 motherboard itself.”

The conclusion here warns against a “kitchen sink” approach to infringement assertions within a patent complaint. In particular, patentees will need to be cautious when alleging infringement of alternative claim language such as below.

Barring unusual claim construction, an accused system cannot infringe both claims 2 and 3 since they are claimed in the alternative.  It turns out that you might not know at the time of filing the exact location of the motherboard.  Although some amount of pre-filing investigation is required, the rules allow for plaintiffs to rely upon  potential discoverable evidence when making the complaint. In Bot M8, plaintiff’s counsel argued that it “had not previously reverse engineered the PS4 to support the prior pleadings because ‘jailbreaking’ the PS4 is illegal under the Digital Millennium Copyright Act (“DMCA”) and other anti-hacking statutes.”  In this particular case, the district court did not rule on the merits of the of the excuse, but ruled that that the concern had been raised too late in the litigation to be viable. “Because Bot M8 did not raise any concerns about its ability to reverse engineer the PS4 until after the district court issued its decision on Sony’s motion to dismiss, the court found that Bot M8 was not diligent.”

An easy solution here is to “plead in the alternative.” The FRCP permits parties to set out two different statements of a claim “alternatively or hypothetically . . . A party may state as many separate claims or defenses as it has, regardless of consistency.” FRCP 8(d).  One difficulty though is that each alternative pathway must meet the plausibility standard. The difficulty for Bot M8 is that it did not plead in the alternative. “Notably, Bot M8’s allegations were not pled in the alternative.” Slip Op. at Note 3.  Rather, Bot M8 told one story that effectively disproved infringement for two of the asserted patents. 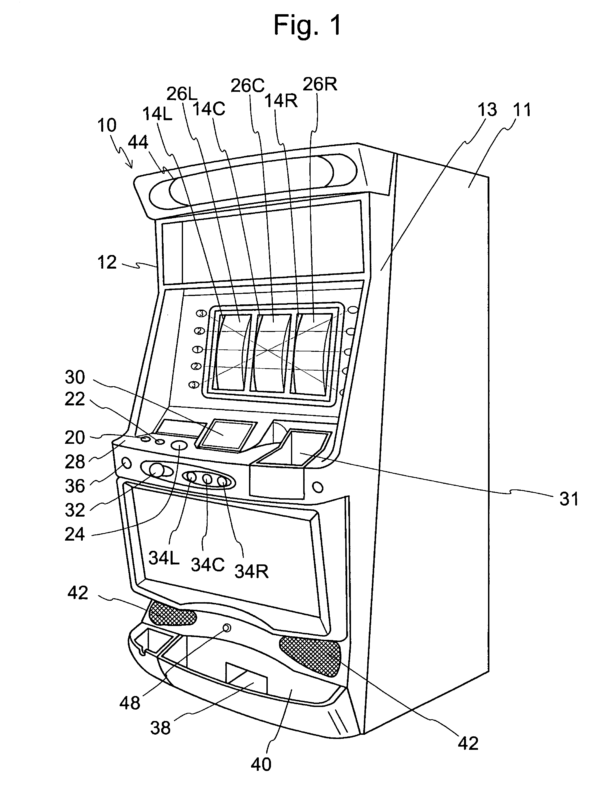 Claim 1 of another asserted patent had also been determined invalid as ineligible. On appeal, the Federal Circuit affirmed that the asserted claim 1 “recites the abstract idea of increasing or decreasing the risk-to-reward ratio, or more broadly the difficulty, of a multiplayer game based upon previous aggregate results. But the claim leaves open how to accomplish this, and the specification provides hardly any more direction.”  Slip Op. (quoting district court and affirming on the same reasoning).