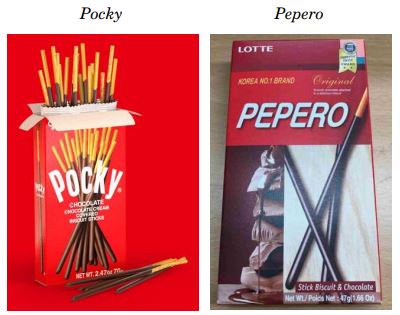 Glico’s Pocky product has been sold since 1966 and are apparently popular. Lotte’s Pepero’s are a knock-off version. Glico sued for trademark infringement, asserting Glico’s trademark rights in the product design of chocolate-covered elongated rod biscuits. Glico registered this particular mark back in 1989. Reg. No. 1,527,208. 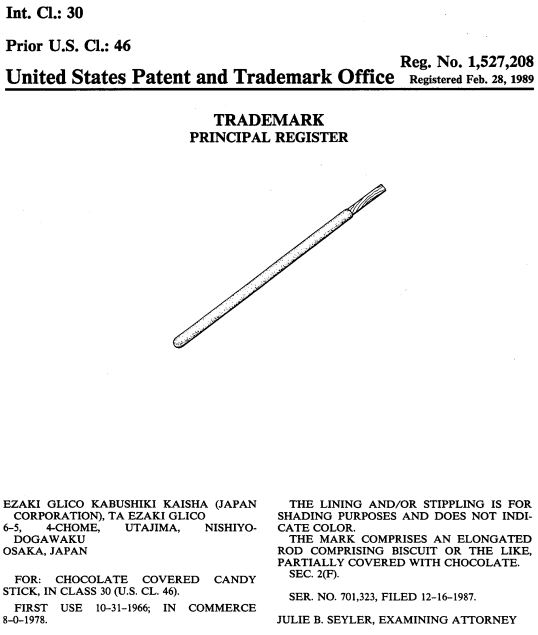 The lawsuit ended fairly quickly. The district court found that the design is functional and therefore not protectable by trademark.  On appeal, the 3rd Circuit affirmed.

If you have eaten one of these, then you know a bit about the shape functionality:

According to the third circuit, these aspects were utilitarian and therefore functional as a matter of law.

In its petition, Glico presents the following questions:

The Lanham Act protects trade dress from unlawful copying. Trade dress includes a product’s design, such as the red wax seal on a bottle of Maker’s Mark, the shape of the Chanel No. 5 perfume bottle, and the configuration of the Pepperidge Farm Milano cookie. To qualify for trade dress protection, a product’s design cannot be “functional,” among other requirements. At issue in this case is the test for “functionality” in trade dress law and the role of alternative product designs in creating a dispute of fact that prevents summary judgment. This petition presents two questions:

1. Whether trade dress is “functional” if it is “essential to the use or purpose of the article” or “affects the cost or quality of the article,” as this Court and nine circuit courts have held, or if it is merely “useful” and “nothing more,” as the Third Circuit held below.

2. Whether the presence of alternative designs serving the same use or purpose creates a question of fact with respect to functionality, where the product’s design does not affect cost or quality and is not claimed in a utility patent.

[Petition].  AIPLA, IPO, and INTA have all filed briefs supporting certiorari.  Their argument is that the Third Circuit used an unduly expansive definition of “functional” that is contrary to the precedent of the Supreme Court and every other circuit court of appeals.

The briefs include lots of pictures of chocolate covered cookies (biscuits). 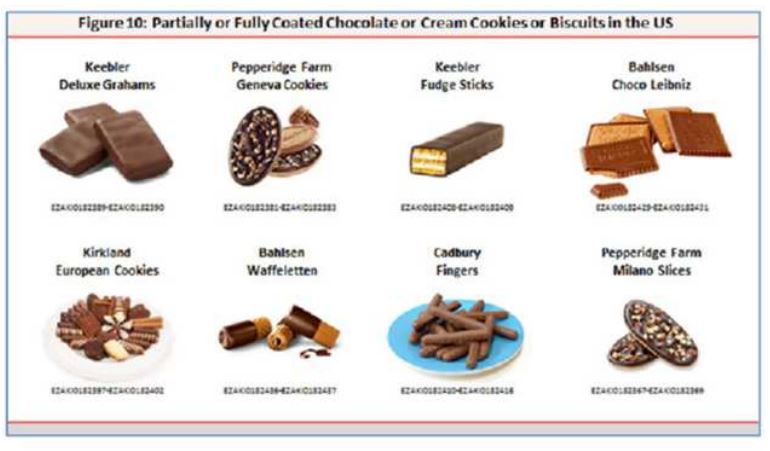 Glico also holds a patent titled “Stick-shaped snack and method for producing the same.”  U.S. Patent No. 8,778,428.  The US patent claims a particular method of making these tasty snacks as well as “A stick-shaped snack made by the [claimed] method.” (product-by-process claim) The district court found the patent relevant to showing functionality. On appeal though, the Third Circuit disagreed since the patent focused on a particular method of manufacture rather than novel features of the product itself.  There is also a Japanese Utility Model patent but did not feature in the litigation. 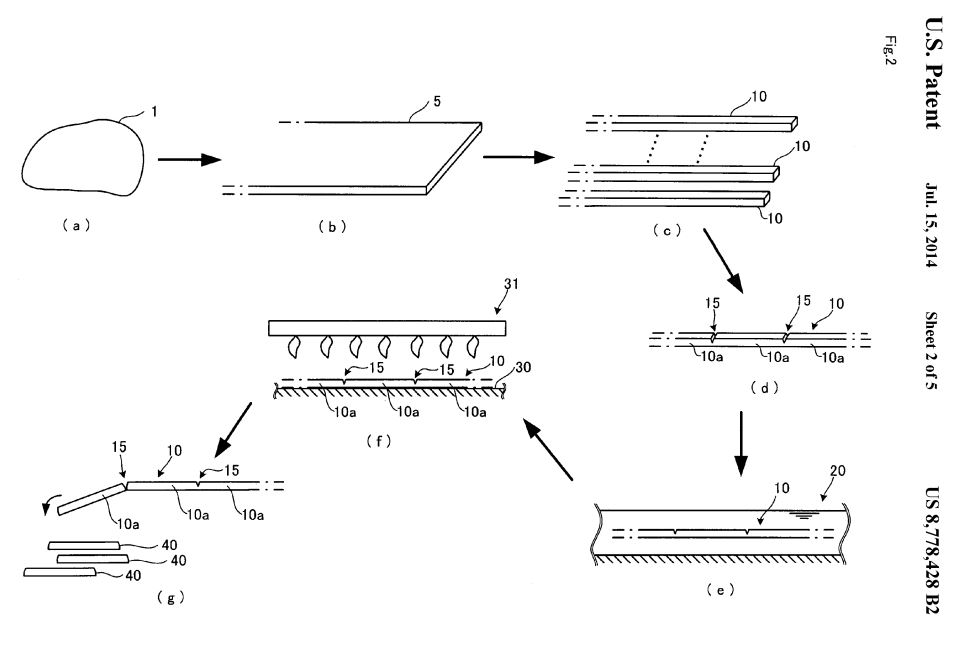 51 thoughts on “Trademark on Product Design: Are these biscuit sticks functional”