You may have heard that most US utility patent claims use the open transition phrase COMPRISING.  Here’s the data to support that hearsay. The chart below shows data from independent claims gleaned from issued US patens grouped by patent issue year. 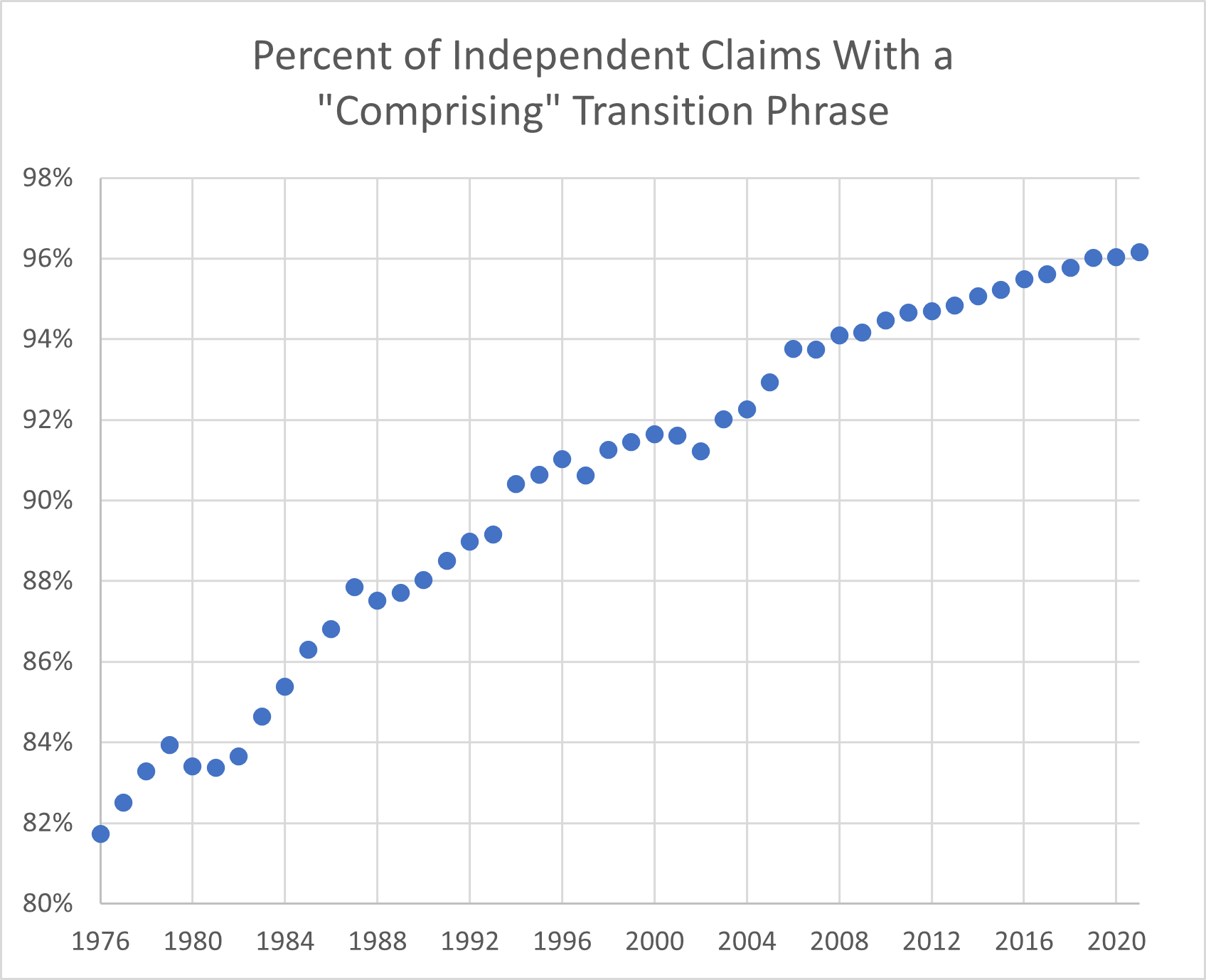 To make the chart, I calculated the percentage of independent claims that include the phrase comprising or comprises or comprise as the first traditional (or only) transitional phrase within the claim text.

In recent patents, fewer than 1% of claims use “consisting of” or consisting essentially of.”  Rather, the biggest non-comprising segment is the category of claims that lack any traditional phrase as shown in the chart below.  These non-traditional claims might use the word “having” or “including” as a transitional phrase, or they might not use any word at all. 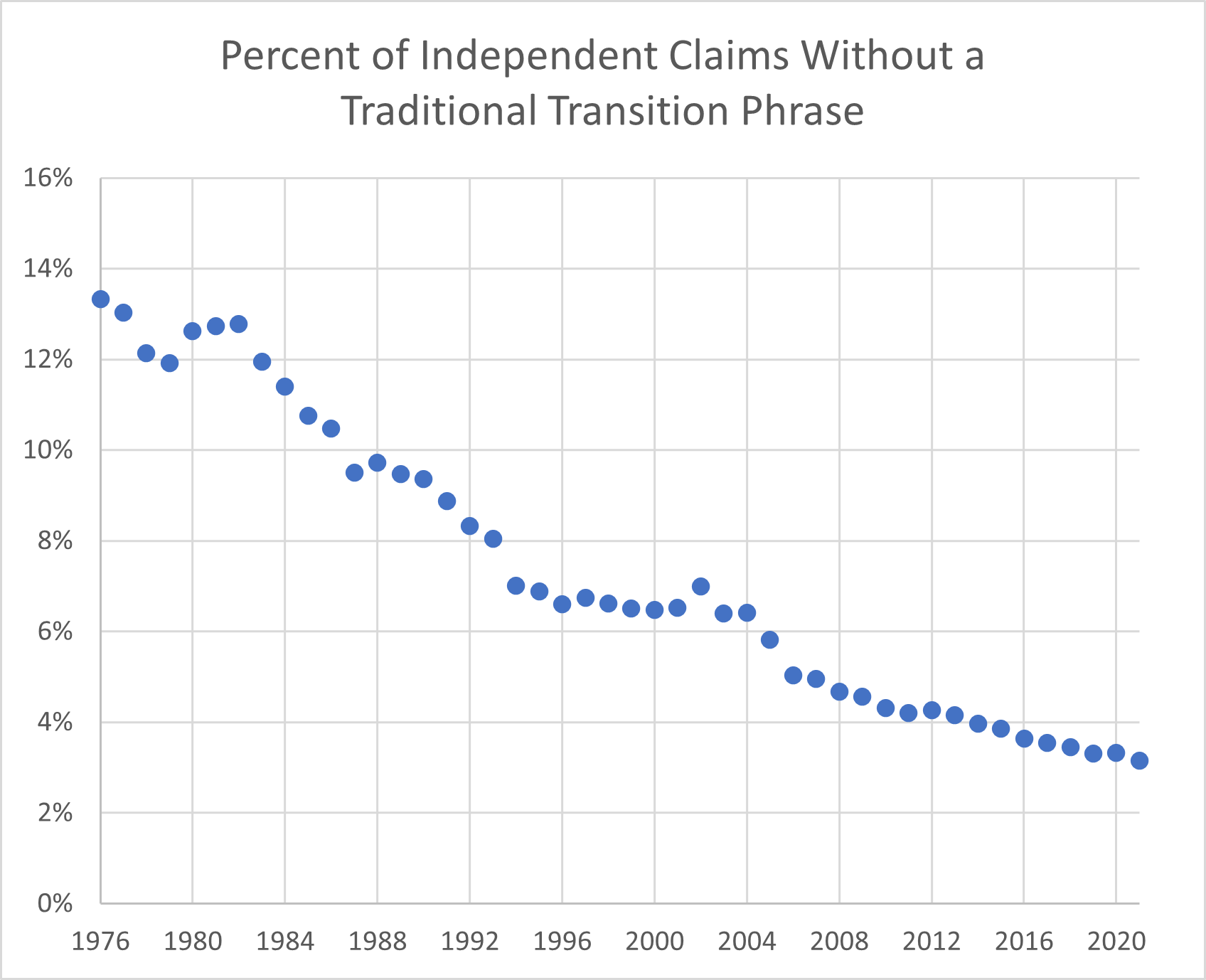 Here are a few examples of these non-traditional transitions from 2021 patents:

In many cases it appears that attorneys may be using the alternative transitions as part of their claim stratification strategy.  Thus, many of the claims relying upon a non-traditional transition sit alongside other claims in the same patent that use “comprising.”

20 thoughts on “Data on Transition Phrases in Patent Cases”