The Supreme Court has strongly supported arbitration as an alternative dispute resolution mechanism.  The Federal Arbitration Act (FAA) codifies this “liberal federal policy favoring arbitration agreements.”  Quoting Moses H. Cone Mem’l Hosp. v. Mercury Constr. Corp., 460 U.S. 1, 24 (1983).  Although the right to arbitrate patent cases is seemingly clear from the FAA, Congress went further in its 1982 PTO appropriations bill to expressly codify the enforcement of arbitration agreements for “any dispute relating to patent validity or infringement.”  35 U.S.C. 294.  Sometimes a party subject to arbitration will still file their dispute in court. At that point, the opposing side will move to stay or dismiss the case and compel arbitration.

The core question in MaxPower Semiconductor (Fed. Cir. Sept 8, 2021), is whether the arbitration agreement can be used to cut-short an inter partes review (IPR) proceeding.  Here, the Federal Circuit effectively sided with the PTO and the patent challenger and refused to compel arbitration. The majority opinion is by Judge Reyna and joined by Judge Chen. Judge O’Malley dissented — arguing that the court failed to live up to the statute:

The majority’s denial of a writ of mandamus in this case allows the Patent Trial and Appeal Board to add a new caveat to Congress’s clear instruction that agreements to arbitrate patent validity shall be “valid, irrevocable, and enforceable”—i.e., except during inter partes review.

Background: MaxPower worked for several years with Rohm Semiconductor to develop RFP power transistor technology. MaxPower obtained the patents and licensed those to ROHM with an ongoing running royalty.  The license included an arbitration agreement.   Money flowed for several years.  Rohm eventually developed a new silicon carbide transistor and privately suggested new product was not covered by the agreement.   At that point, MaxPower provided notice that it was planning to initiate arbitration in 30 days.  ROHM acted first — filing the IPR petition at issue here as well as a lawsuit in N.D. Cal. seeking a declaration of non-infringement of the same patents.  The N.D. Cal. Judge granted MaxPower’s petition to compel arbitration, and the appeal of that determination is separately pending before the Federal Circuit. 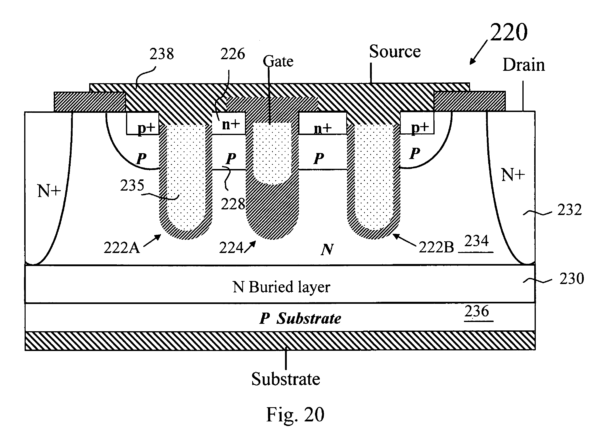 The PTAB instituted the IPR — holding that it was not bound by the Federal Arbitration Act or Section 294 of the Patent Act. According to the PTAB, those provisions are tied to civil litigation, not USPTO proceedings.  PTAB explained:

After careful consideration of this issue, we conclude that the arbitration clause is not a reason to decline institution. Even if Patent Owner’s recitation of the facts is true, and even if the question of whether patentability falls within the scope of the agreement to arbitrate is committed to the arbiter, we nevertheless do not find a statute, rule, or policy that would preclude the Office from acting on the Petition.

NonAppealable: The first problem with MaxPower’s appeal is the statutory rule that institution decisions are nonappealable.  35 U.S.C. § 314(d). The court also ruled that mandamus  was not appropriate here because it was being used as a “means of avoiding the statutory prohibition on appellate review of agency institution decisions.” In re Power Integrations, Inc., 899 F.3d 1316 (Fed. Cir. 2018). Another way to get to appeal is via the collateral order doctrine, but, according to the court, that doctrine also requires an issue of rights that “will be irretrievably lost in the absence of an immediate appeal.” Apple Inc. v. Samsung Elecs. Co., 727 F.3d 1214 (Fed. Cir. 2013).

The FAA itself also creates a right of appeal for refusing to stay any action subject to arbitration.  However, the right to stay under the FAA is limited to stays of proceedings in Federal Court. As such, that provision also does not apply.

In the end, the Federal Circuit found no authority to hear the appeal, and thus dismissed the appeal and denied the mandamus petition.  The court suggested that it might be able to do something once the IPR concludes and a right to appeal attaches. However, the court also noted that the questions here might all be wrapped-up in non-appealable initiation questions. “If MaxPower is truly not raising matters that are absolutely barred from appellate review under section 314(d) (an issue we need not decide here), then MaxPower can meaningfully raise its arbitration-related challenges after the Board’s final written decisions.”

In dissent, Judge O’Malley would have heard the case on mandamus.  The court’s failure to hear the case “cast[s] a shadow over all agreements to arbitrate patent validity, which, after today, apply only in district courts and not in inter partes review proceedings.”

I have not seen the arbitration agreement in this case. But there is usually a big question about whether patent validity and/or infringement are covered by the agreement that is particularly focused on licensing.   The district court’s parallel decision staying its case to await the arbitration outcome is set for Oral arguments in October.  The Judge did not actually determine the question of arbitrability, but rather found that issue was for the arbitrator to resolve.