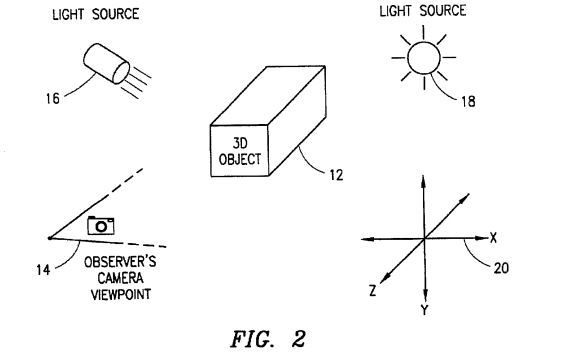 The more interesting part of the jury verdict was Question 2 where Judge Gilstrap asked the jury to opine on the factual underpinnings of Alice Step 2. In particular, the jury was asked whether Sony had proven “by clear and convincing evidence that the Asserted Claims only involve technologies and activities that were well-understood, routine, and conventional, from the perspective of a person of ordinary skill in the art, as of [the Filing Date].”   The jury sided with the defendant and answered “yes.”  The case will next go through some post-verdict motion practice (JNOV/New-Trial) and then will likely be appealed. However, barring some claim construction problem it will be difficult to overcome this non-infringement decision on appeal. 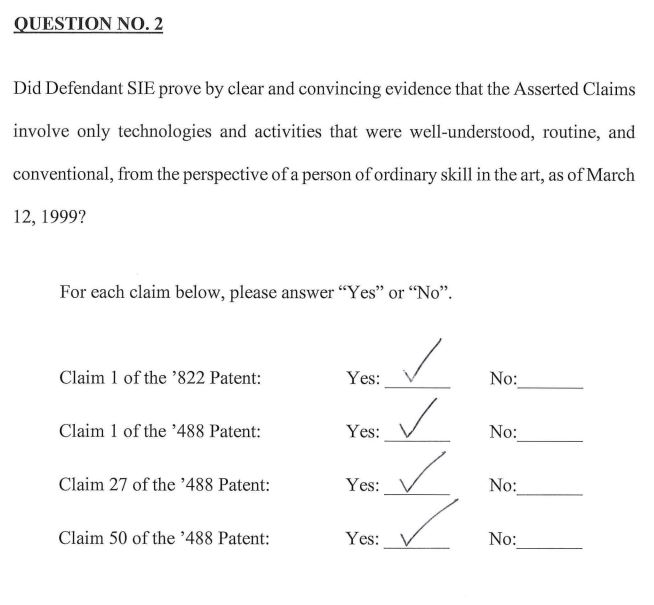 Claim 1 of the ”822:  A shadow rendering method for use in a computer system, the method comprising the steps of:

then combining at least a portion of said light accumulation buffer with said observer data; and

The plaintiffs in the case are represented by Buether Joe LLP out of Dallas and the Defendants by Erise IP out of Kansas City.

39 thoughts on “Jury Verdict on the Factual Underpinnings of Eligibility”