This case helps show that patent law has arrived at Nerdsville.  Actually, I’ve been here for a while and so welcome to all you newcomers.  In my view, the case also suggests that our claim construction doctrine has gone too far attempting to discern meaning where none exists.  Rather, I would suggest that the issues here are really about infringement rather than claim construction. 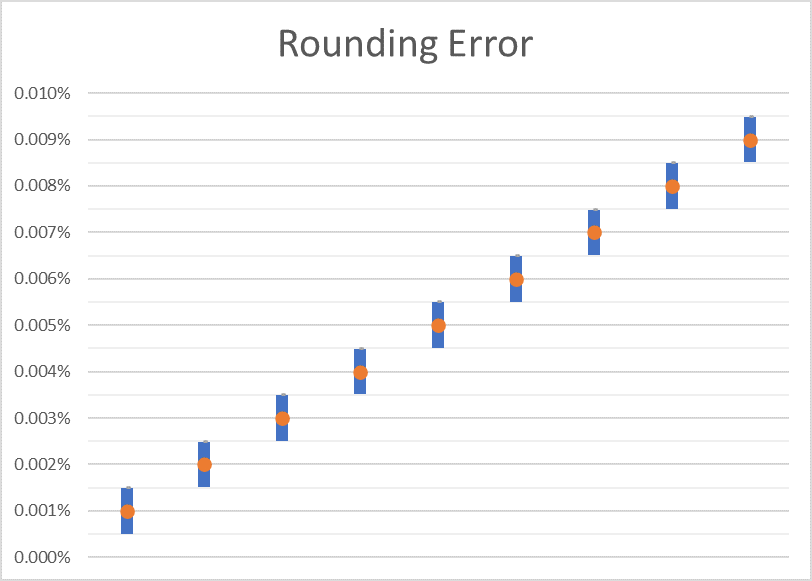 The district court sided with the patentee — holding that standard scientific notion indicates that a physical measure such as this includes the rounding error according to the number of significant digits shown. If they had wanted a more precise number, then scientific notation permits the addition of more significant digits — such as 0.0010%.  On appeal though the majority rejected that approach based upon statements from the specification comparing 0.001% against 0.0005% (a value that should be within the rounding error).

Thus, taken as a whole, the intrinsic record supports a narrower construction of 0.001% to reflect that term’s application to the PVP concentration in particular, and the testing evidence in the written description and prosecution history showing that very minor differences in the concentration of PVP—down to the ten-thousandth of a percentage (fourth decimal place)—impact stability.

Slip Op.  The court noted that the patentee could have used the term “about” to extend the range.  Judge Stoll wrote the majority opinion that was joined by Judge Hughes.

The significant-figure convention for real-world-measurement situations supplies an answer by giving a well-defined interval as the ordinary meaning, in the art, of a statement of a single number like the statement at issue here. Under this ordinary-meaning approach, the significant-figure interval meant by “0.001%” is 0.0005% to 0.0014%, based on rules of rounding and the single significant figure at the third decimal place.

Judge Taranto then argues that the proposed “minor variations” limit creates confusion because it lacks precision.  Of course, we’re talking about rounding and measurement errors here and so they already lack precision.

This video was suggested by a friend as relevant: