Back in 1969, long before Bubba Gump, Louisiana Judge Alvin Rubin explained the virtues of shrimp: “Shrimp, whether boiled, broiled, barbecued or fried, are a gustatory delight.”  Laitram Corp. v. Deepsouth Packing Co., 301 F. Supp. 1037 (E.D. La. 1969).  The Deepsouth case was about patented equipment for deveining shrimp in order to render them “more pleasing to the fastidious as well as more palatable.” Id.  Deepsouth litigated its case to the Supreme Court, and the Court eventually allowed the company to escape some portion of its adjudged liability based upon the territorial limits of U.S. patent law.

We know that U.S. patents are territorially limited.   Although Deepsouth was barred from using Laitram’s patented inventions throughout the United States, Deepsouth began selling its deveining machine to folks outside of the US in a partially constructed form.  The company explained the setup to one of its customers in Brazil:

The Fifth Circuit had sided with the patentee — holding that “Such a dependence on technicality would require us to countenance obvious schemes, perhaps as simple as omitting an important screw, designed to evade the mandate of § 271(a).”  However on certiorari, the Supreme Court felt itself bound by the statute and precedent. The court particularly rejected the notion that “substantial manufacture” can constitute direct infringement ”

[W]e have so often held that a combination patent protects only against the operable assembly of the whole and not the manufacture of its parts.

Deepsouth Packing Co. v. Laitram Corp., 406 U.S. 518, 528 (1972).  The decision was 5-4, with Justice Blackman writing in dissent and arguing that “The Court has opened the way to deny the holder of the United States combination patent the benefits of his invention with respect to sales to foreign purchasers.”  Bills eliminating this loophole were quickly introduced into Congress, and eventually became law in 1984, creating 35 U.S.C. § 271(f).  Patent Law Amendments Act of 1984, Pub. L. No. 98-622, 98 Stat. 3383.  The new law creates two avenues for liability:

Deepsouth has important implications beyond the component-export arena.  The case is an important example of the Supreme Court refusing to fill a gap in statutory language. However, the court majority was also clear that the refusal to gap-fill was one-sided — the majority did not want to expand patent rights without Congressional input:

[W]e should not expand patent rights by overruling or modifying our prior cases construing the patent statutes, unless the argument for expansion of privilege is based on more than mere inference from ambiguous statutory language. We would require a clear and certain signal from Congress before approving the position of a litigant who, as respondent here, argues that the beachhead of privilege is wider, and the area of public use narrower, than courts had previously thought. No such signal legitimizes respondent’s position in this litigation.”

Deepsouth at 531.  The dissent suggested that the precedent was not so clear and so the demand to overrule or modify was fairly slight.

[W]e must be careful to extend patent protection no further than Congress has provided. In particular, were there an absence of legislative direction, the courts should leave to Congress the decisions whether and how far to extend the patent privilege into areas where the common understanding has been that patents are not available.

Chakrabarty.  See also, Asgrow Seed Co. v. Winterboer, 513 U.S. 179, 195 (1995) (“A statutory restraint on this basic freedom [of Farmers to have right to collect and replant seeds] should be expressed clearly and unambiguously.” Stevens, J. in dissent).

Deepsouth was decided before the PCT became available and well before TRIPs and  the global expansion of patent rights. We might question whether there is still a need for the US to extend rights to overlap those available abroad, especially as it tends to injury U.S. manufacturing capability. 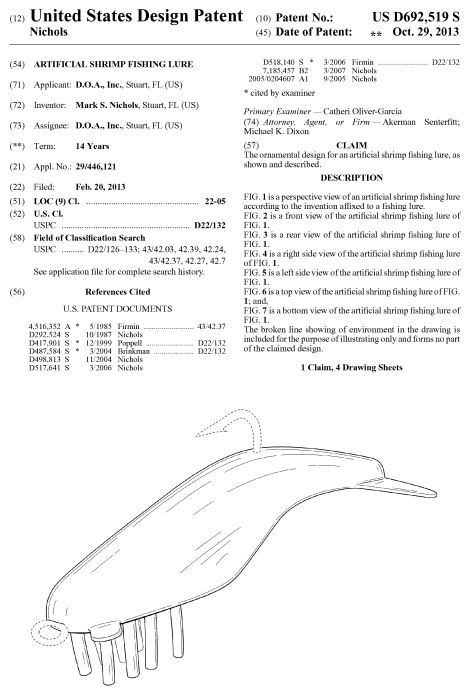