UPDATED TO FIX MY MATH ERROR: 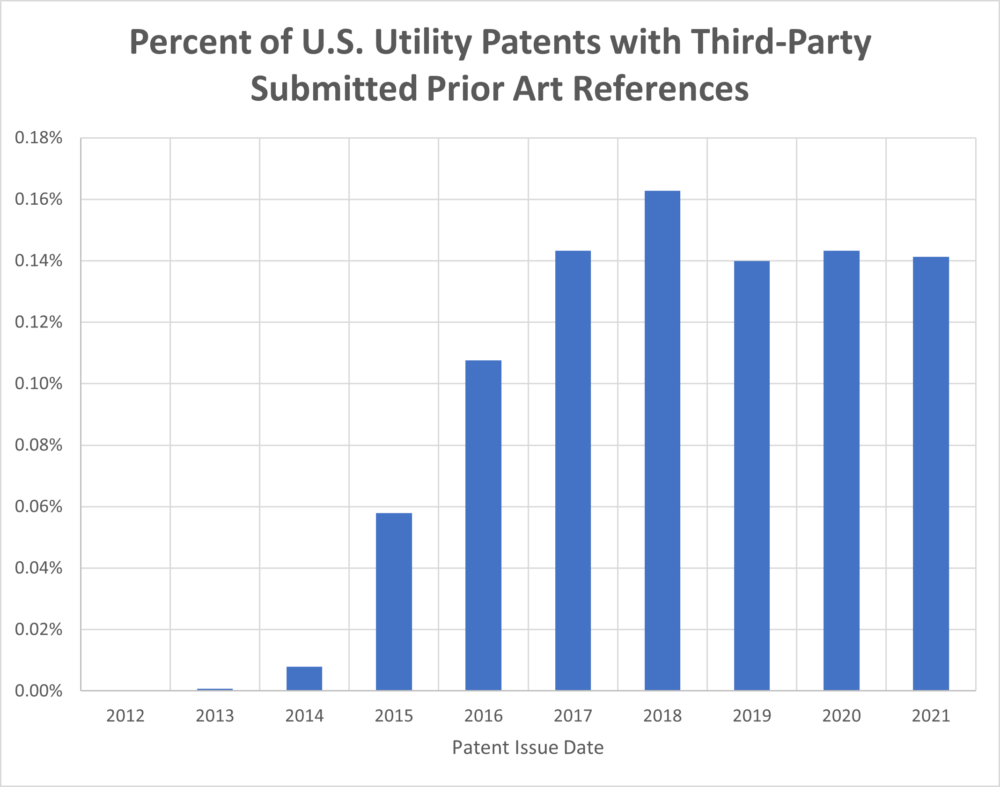 One aspect to consider about this data is that it may be skewed because it only includes issued patents — We can expect that there are a percentage of cases where the third-party submission led the applicant to eventually abandon the patent application.

Although third-party submissions were permitted prior to the AIA, the AIA expanded the process substantially – although only with regard to applications filed after Sept 2012. Today, third parties can submit prior art to the PTO so long as it is both (1) within six months of publication and (2) before an office action rejecting a claim or a NOA.  The submissions also require a fee of $180 for every 10 documents submitted ($90 for small entity).