Vocalife’s patent covers an enhanced microphone system that identifies the location of a target sound source and then uses beamforming to improve sound collection from the target. U.S. Patent No. RE 47,049. The method for locating the sound requires an array of microphones that record relative timing of receiving sounds. The delay is then used to calculate the location and then direct the beamforming operations.

A key element of the claims is thus the requirement of “determining a delay between each of said sound sensors . . . wherein said determination of said delay enables beamforming for said array of sound sensors in a plurality of configurations.” RE47,049, Claim 1.

A jury sided with Vocalife–finding that Amazon induced its customers to infringe through their use of the Echo product and award $5 million in damages.  Judge Gilstrap upheld the verdict–denying Amazon’s renewed motion for Judgement as a Matter of Law (JMOL).  On appeal however, the Federal Circuit has reversed finding that the evidence didn’t prove these key limitations. 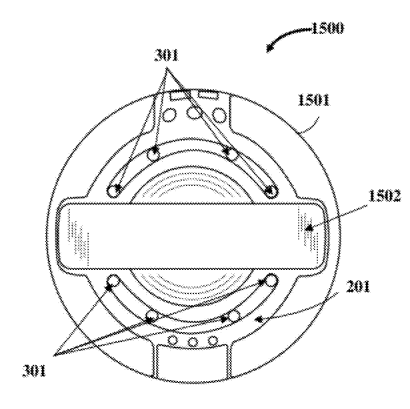 Amazon did not appeal the jury verdict directly, but rather the district court’s refusal to grant JMOL whose standard asks whether there was sufficient evidence presented at trial such that a reasonable jury could have ruled in the same way that the actual jury ruled. The jury must be given a strong benefit-of-the-doubt and the courts must take care to avoid “re-examining” any fact tried by the jury since that is prohibited by the U.S. Constitution Seventh Amendment.  The typical approach then looks to the elements that the winning party had to prove in order to win its case and consider whether any elements suffers from a complete absence of evidence. Here though there was some evidence supporting the jury verdict — in that setup, the district court should only grant JMOL when “the facts and inferences point so strongly and overwhelmingly in favor of one party that the court concludes that reasonable jurors could not arrive at a contrary verdict.” Orion IP, LLC v. Hyundai Motor Am., 605 F.3d 967 (Fed. Cir. 2010) (applying Fifth Circuit law).

In its short decision, the Federal Circuit implicitly determined the claim construction question (even though claim construction was not appealed) and determined that  Amazon’s selling of multiple products would not induce infringement. Rather, the court found that infringement evidence must show that “a given Echo device” must enable beamforming “in a plurality of configurations.”  Perhaps the next reissue will be able to fix the claims once again.

Intervening Rights and Method Claims: As noted above, the patent at issue here is a reissue patent. Reissue involves surrendering the original patent and then going through a new prosecution process that, in this case, involved several amendments to the claims.  The district court found that some of the patentee’s back-claims from prior to the reissue were barred by the doctrine of absolute intervening rights defined by 35 U.S.C. § 252.

[A]ny person . . . who, prior to the grant of a reissue, made, purchased, offered to sell, or used within the United States, or imported into the United States, anything patented by the reissued patent, to continue the use of, to offer to sell, or to sell to others to be used, offered for sale, or sold, the specific thing so made, purchased, offered for sale, used, or imported unless the making, using, offering for sale, or selling of such apply to certain Echo products.

35 U.S.C. 252.  In a cross appeal, the patentee argued that the this provision should not apply in its case because the claims are directed toward a method rather than a product.  “Absolute intervening rights apply only to patented products made, used, or
sold before the issuance of the reissue, and not to processes or methods.” Patentee brief.

The Federal Circuit has not particularly addressed this question of how the intervening rights apply to method or process claims.  On appeal here, the Federal Circuit refused to engage. Its finding of non-infringement rendered the issue moot.