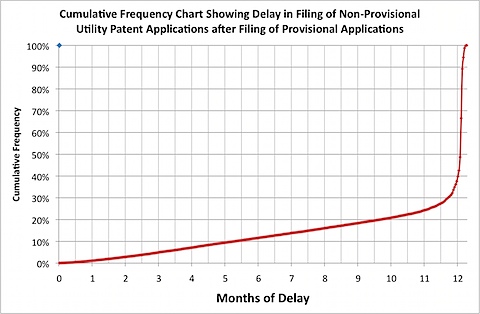 Two weeks ago, I had a conversation with a patent litigator about the propensity of patent attorneys to barely meet deadlines. He was worried about the potential for malpractice claims against his firm. And, here, I found a surprising number of cases that appear to miss the deadline.

My lingering question for patent attorneys and applicants — why delay so long? Is it simply a matter of doing work according to deadline? Does it matter that delaying filing the application also delays the eventual issuance of the patent?