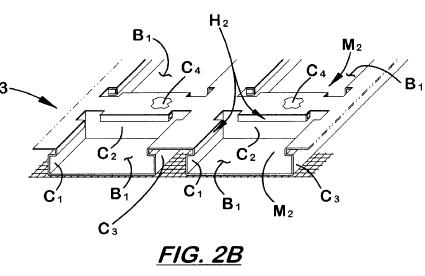 Blanke Corporation of Atlanta has requested an inter-partes reexamination of a patent owned by Schluter-Systems, a German company.  The patent (6,434,901), claims a support plate maid of a foil-like plastic material for a plate-lined floor.

An inter partes reexamination may be requested by any third party, but, unlike ex parte proceedings, the real “party in interest” must be disclosed. During an inter partes reexamination, the third party requester is permitted to submit comments on official actions and the patentee’s responses thereto as long as such comments are filed within 30 days of the patentee’s response to the action.