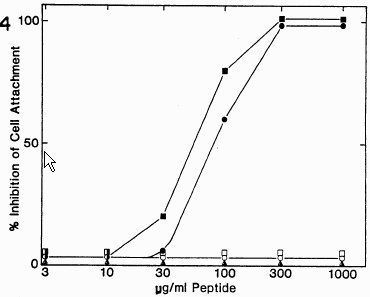 Merck v. Integra LifeSciences (On petition for writ of cert. at the Supreme Court).

The Drug Price Competition and Patent Term Extension Act (Hatch-Waxman) created a safe harbor that permits drug manufacturers to perform the experiments needed to obtain FDA approval of their drugs without incurring liability for patent infringement, even if their activities infringe others patent rights.

However, the statute, codified at 35 USC § 271(e)(1), was limited by a 2003 decision by the Court of Appeals for the Federal Circuit.  The Federal Circuit affirmed a lower court’s finding that the safe harbor against patent infringement does not apply to pre-clinical activities to identify and develop new drugs that will eventually be subject to FDA approval — and thus, that Merck was liable to Integra for patent infringement.

The Case: Integra alleged that Merck and Scripps infringed patents owned by Integra relating to peptides involved in interactions between cell surfaces and the extracellular matrix.  Under contract from Merck, Scripps identified several potential anti-tumor peptide candidates and selected the most promising peptide by conducting in vivo and in vitro experiments to evaluate the specificity, efficacy, and toxicity of the peptide candidates for various diseases. Scripps also performed tests to assess the histopathology, toxicology, circulation, diffusion, plasma half-life, and proper mode of administering of the peptides candidates.

The Appeals Court held that these activities did not fall under the safe harbor (§ 271(e)(1)) because they were not done "solely for purposes reasonably related to the development and submission of information" to the FDA.

"the focus of the entire exemption is the provision of information to the FDA . . . [a]ctivities that do not directly produce information for the FDA are already straining the relationship to the central purpose of the safe harbor." (CAFC Opinion).

"Expansion of § 271(e)(1) to include the Scripps-Merck activities would effectively vitiate the exclusive rights of patentees owning biotechnology tool patents."

Merck has now appealed the case to the Supreme Court of the United States, petitioning the High Court to hear the question:

Under 35 U.S.C. 271(e)(1), it is generally not an act of infringement to use a patented invention “solely for uses reasonably related to the development and submission of information under a Federal law” regulating the manufacture, use, or sale of drugs. The question presented is whether the court of appeals erred in limiting that exemption to clinical studies designed to provide information for Food and Drug Administration approval of a new drug.

Only a small percentage of cases appealed to the Supreme Court are accepted for hearing.  However, the Merck case took a major step closer to being heard last week.  On request from the Court, the Solicitor General of the U.S. submitted the Government’s view that the case should be heard.  The Government brief makes two major points, one legal and the other social:

Gov’t Brief: The decision of the court of appeals reflects an incorrect view of the law, and is likely to restrict significantly the development of new drugs. Fairly read, the decision below holds that “pre-clinical” research regarding a potential new drug is not protected by the FDA exemption because that exemption is limited to “clinical” research necessary to obtain ultimate FDA approval of a new drug. That holding is inconsistent with the text of the FDA exemption, reflects a mistaken and unduly narrow view of the types of information relevant to the FDA’s two-step process for evaluating potential new drugs, and is in tension with this Court’s decision in Eli Lilly & Co. v. Medtronic, Inc., 496 U.S. 661 (1990). Moreover, the court of appeals’ decision poses a direct and substantial threat to new drug research by dramatically narrowing the scope of protections enacted by Congress in Section 271(e)(1). Although this case is not an ideal vehicle for considering the issue, see p. 18, infra, the potential impact of the court of appeals’ legal conclusion is sufficiently important that the petition for a writ of certiorari should be granted.

The Court is expected to decide whether to hear the case within the next two months. Wyeth, the AARP, and Eli Lilly are each expected to file Amicus Briefs in support of the petition to rehear the case.

Judge Richard Posner (In Lessig Blog) has advocated the creation of a fair-use exception for patents on research tools:

Link: For example, a generic drug manufacturer is permitted to use the patented drug to demonstrate that its generic equivalent is indeed therapeutically equivalent (the “testing” exception created by the Hatch-Waxman Act). More broadly, an inventor can use the information in the patent to try to invent around the patent. And Landes and I advocate an expansion of the patent fair-use principle to allow scientists to use patented research tools (such as the oncomouse) without license–provided the scientists aren’t allowed to use the tools to produce their own patented products!

In response, Lichtman has noted that Judge Posner’s proposal “is problematic for the simple reason that, often, the key market for research tools is to sell those tools to other researchers. If a researcher’s use of patented research tool is fair use, that would significantly degrade the incentive to create those research tools inthe first place. Moreover, even if your approach works, it is in sharp conflict with the Bayh-Dole instinct that society might very well be better off in a world where academic researchers patent their work. As you know, that legislation was passed in response to evidence that university breakthroughts were sitting on the shelves both because (a) they could not be owned exclusively under old NIH rules; and (b) universities had too little incentive to bring their work to the attention of industry.”