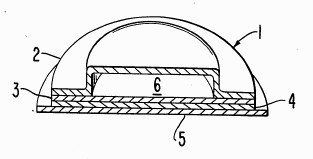 Alza sued Mylan for infringement of its patents relating to administration of fentanyl through the skin.  Because fentanyl, a narcotic, is prone to abuse, the inventors developed a patch that minimized the amount of drug that would be used in the system.  The patch is sold by Janssen as Duragesic (R).

Alza won at the district court level.  On appeal, Mylan argued that (i) the claims were not correctly construed and (ii) one of the patents was unenforceable due to inequitable conduct.

Claim construction: The appeals court looked only to the specification and prosecution history to determine that "fentanyl citrate" was not a "skin permeable form" of fentanyl — thus avoiding prior art.

In determining the meaning of a disputed claim term, a court looks first to the intrinsic evidence of record, examining, in order, the claim language itself, the specification, and the prosecution history.

Inequitable Conduct: The district court found that a statement made by the applicants during prosecution was literally true, but "had the potential to mislead the examiner."  However, on the question of intent, the district court could not find the requisite deceitful intent associated with inequitable conduct.

The Federal Circuit affirmed: "We discern no clear error or abuse of discretion."

Dissent (in part) by Dyk: Judge Dyk would have found inequitable conduct.

Here, the patentee made an untrue assertion and simultaneously submitted accurate facts not in accord with that assertion.  Such a submission of accurate facts does not cure a false statement.

NOTE: The patent expires January 23, 2005 — Mylan must wait until then to begin selling a generic version of the patch.