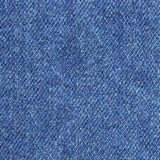 DyStar’s patent discloses a process for dyeing textiles with catalytically hydrogenated leuco indigo. After a trial, the jury found that Patrick infringed claims 1–4, that the patent was not invalid, and that $90,000 of damages should be awarded.

Patrick appealed the lower court’s denial of a new trial on obviousness grounds.  A new trial should not awarded when “a jury, viewing the evidence in the light most favorable to [DyStar], could have properly reached [its validity] conclusion.” The CAFC reviewed the denial for abuse of discretion. (Level of review based on Fourth Circuit law).

As is often the case, all the elements of DyStar’s invention were already known in the art — the question was whether there was some obvious motivation to combine the prior art together.

Suggestion to Combine: In recent weeks, we have seen a common thread in CAFC jurisprudence indicating that “the suggestion test is not a rigid categorical rule.” Rather, the suggestion to combine references can be found from “any number of sources, including common knowledge, the prior art as a whole, or the nature of the problem itself.”

It is difficult to see how our suggestion test could be seen as rigid and categorical given the myriad cases over several decades in which panels of this court have applied the suggestion test flexibly. Obviousness is a complicated subject requiring sophisticated analysis, and no single case lays out all facets of the legal test. DyStar’s argument and the above-cited commentary highlight the danger inherent in focusing on isolated dicta rather than gleaning the law of a particular area from careful reading of the full text of a group of related precedents for all they say that is dispositive and for what they hold. When parties like Dystar do not engage in such careful, candid, and complete legal analysis, much confusion about the law arises and, through time, can be compounded.

In a footnote, the Court defends its KSR decision — a decision currently being briefed at the Supreme Court.

In KSR, we vacated a district court’s grant of summary judgment of invalidity for obviousness. The district court found a motivation to combine not in the references but “largely on the nature of the problem to be solved”, which we did not deem erroneous. Teleflex, Inc. v. KSR Int’l Co., 119 Fed. App’x 282, 287 (Fed. Cir. 2005) (unpublished). Rather, we vacated because the court did not explain sufficiently its rationale, and failed to make “findings as to the specific understanding or principle within the knowledge of a skilled artisan that would have motivated one with no knowledge of [the] invention to make the combination in the manner claimed.” Id. at 288 (citation omitted).

In an impressive history (that is begging for a full analysis), the CAFC sets out the full scope of the flexibility of the suggestion test and notes how the test is well grounded in Supreme Court jurisprudence and has always been flexible. This is one for the casebooks.

30 thoughts on “CAFC: Suggestion-Test Has Been Flexibly Applied For Decades”