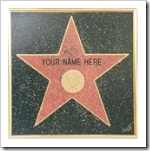 The London-based publication Intellecutal Asset Management (IAM) magazine has created the “IP Hall of Fame” to honor individuals – both past and present – who have played a major role in creating and improving our intellectual property systems.  The Hall of Fame was started in 2006 with inductees such as Thomas Jefferson, James Madison, and Thomas Edison. More modern inductees include Marshall Phelps and Don Banner.

The 2007 induction process has recently begun. Nominations may be submitted by anyone through the IP Hall of Fame website: www.IPHallOfFame.com.  The 2007 awards will be presented at a big Ocean Tomo gala in October.

Along with Phelps, Todd Dickinson, Senator Birch Bayh and others, I am a new member of the IP Hall of Fame Academy — the group that selects the inductees.  You can blame us if your nominees are not selected this year.

Note: The IP Hall of Fame is quite different from the National Inventors Hall of Fame, which is focused on the accomplishments of inventors.