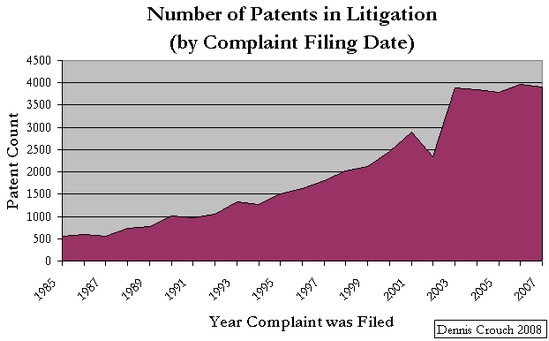 Over the past two decades, the number of patents being litigated has risen dramatically. More complaints are being filed and more patents are being asserted with each complaint. Since 2004, however, the numbers have been steady. A third factor, not shown in this graph, is an increasing trend to include more defendants in a single complaint. As a point of reference, in 2006, almost 200,000 patents issued.

38 thoughts on “Patent Litigation Statistics: Number of Patents Being Litigated”