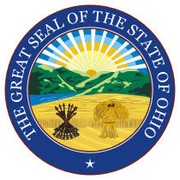 Opining on Patent’s legal cousin – trade secret law – the Ohio Supreme Court has held customer lists compiled by former employees strictly from memory can be the basis for a trade secret violation.

“[W]e have concluded that the client information at issue in this case did not lose its status as a trade secret, or the protection of the UTSA, because it had been memorized by a former employee.”

One real problem is that “employee will of course have memories casually retained from the ordinary course of employment.”  In response to this problem, the court gave the unsatisfactory statement that former employees can use their non trade secret memories. “The [UTSA] does not apply to the use of memorized information that is not a trade secret.”

This decision follows the “modern trend” amongst most states to eliminate any “written-memorized distinction.” See Pooley, Trade Secrets (7th Ed.2001).

40 thoughts on “Trade Secret Information can be Purely Mental”