Introduction: In nearly every patent litigation, the accused infringer will argue that the asserted patent claims are obvious (if not anticipated) by the prior art and therefore should be ruled invalid.  The U.S. Supreme Court substantially altered the law of obviousness in KSR when it held that an accused infringer does not necessarily need to show “a teaching, suggestion, or motivation” (“TSM”) in the prior art to combine known elements in order to show that the combination was obvious.  See KSR Int’l Co. v. Teleflex Inc., 550 U.S. ___, 127 S. Ct. 1727, 1741 (2007).  Now that proving obviousness no longer requires establishing TSM, the secondary considerations of obviousness and nonobviousness have taken on greater importance in obviousness determinations, as KSR left that doctrine fully intact.

The concept of secondary considerations originated in Graham, where the Supreme Court stated that secondary considerations can serve as relevant “indicia of obviousness or nonobviousness” and might be utilized “to give light to the circumstances surrounding the origin of the subject matter to be patented.”  See Graham v. John Deere Co. of Kansas City, 383 U.S. 1, 17-18 (1966).  The Court further stated that secondary considerations can include commercial success, long-felt but unsolved need, and the failure of others.  See Id.  Other factors recognized by the Federal Circuit after Graham include whether the prior art teaches away from the invention, whether others have copied the invention, and whether the invention has received industry acclamation.  See, e.g., Ecolochem, Inc. v. Southern California Edison Co., 227 F.3d 1361 (Fed. Cir. 2000), cert. denied, 532 U.S. 974 (2001).

The Simultaneous Invention Factor: Another secondary consideration-and one which appears to have been discussed and applied much less frequently by the Federal Circuit than the other secondary considerations-is the simultaneous invention consideration.  The Federal Circuit has stated that, “[T]he possibility of near simultaneous invention by two or more equally talented inventors working independently,… may or may not be an indication of obviousness when considered in light of all the circumstances.”  Ecolochem, 227 F.3d at 1379 (quoting Lindemann Maschinenfabrik GMBH v. American Hoist and Derrick Co., 730 F.2d 1452, 1460 (Fed. Cir. 1984)).  In other words, the fact that another person simultaneously and independently created the same invention claimed in the patent-in-suit can serve as an indication that the invention was obvious.

Every accused infringer should consider this often-overlooked secondary consideration in preparing its obviousness defense.  This factor can be particularly useful in a situation where the simultaneous inventions occurred shortly after an enabling technology was introduced.  Some inventions only become possible-or relevant-once a foundational technology becomes known.  For example, tires could not have been invented before the wheel and would have been meaningless before the wheel.  An enabling technology can serve as a chronological starting point for the simultaneous inventions that follow, which can be useful in gauging obviousness of the invention. 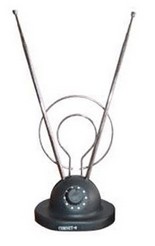 As an example, imagine the following sequence of events:

Under the simultaneous invention factor, an accused infringer in a lawsuit brought by the owner of Inventor B’s patent could argue that the fact that Inventor B and Inventor C each independently created a TV antenna shortly after an enabling technology (i.e., Company A’s TV) emerged suggests that the claimed invention was obvious once the enabling technology existed and that the invention would have been invented sooner had the enabling technology been available sooner.  In addition, the simultaneous invention factor in this context would counteract the ability of the patent holder to argue that a long-felt but unsolved need for the claimed invention shows that the patent was nonobvious, since the “long” aspect of the long-felt need in this context was a result of the amount of time that elapsed before the TV emerged and was not a result of the amount of time taken to develop the invention once the enabling technology existed.

Conclusion:  In appropriate circumstances, litigants should utilize the often-overlooked simultaneous invention factor in its obviousness defense.  If applied in the manner proposed in this article, the simultaneous invention factor properly recognizes the fact that in some instances inventions do not occur after years and years of toiling in a laboratory, but rather, after a minimal effort (executed by others independently and simultaneously) after a breakthrough in an enabling technology that is not itself the subject of the invention.

31 thoughts on “Secondary Considerations of Obviousness in a Patent Case: The Seldom-Used “Simultaneous Invention” Factor”