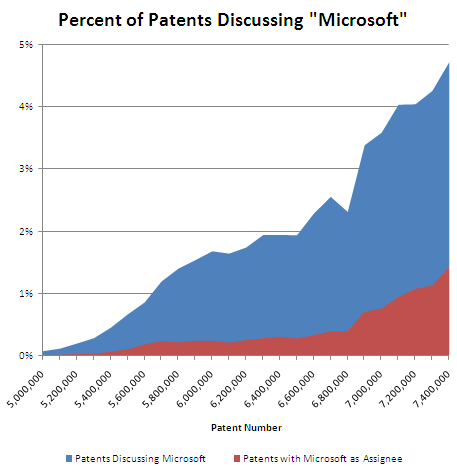 The next graph compares the patents discussing “Microsoft” with other products/companies. Here, I include patents that discuss “Microsoft” (blue), “UNIX” (green), “LINUX” (red), and “Apple” (tan). UNIX has seen some growth, but not much since the mid 1990’s. In the past couple of years, the number of LINUX patents have grown dramatically, but still pale in comparison to Microsoft patents. Although the absolute numbers for LINUX related patents are still small, they are surprisingly high based on the anti-patent lore of LINUX developers. Apple has remained steady over the years. Of course, my results for Apple should be tempered by the false positive results that actually refer to the fruit rather than the computer company or its products. 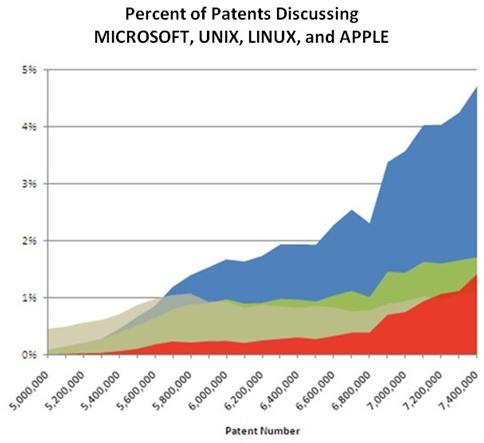 An issue in all these graphs is time lag. The time lag of issued patents may be easily seen by searching for patents that discuss “Google.” – The result is only 1342 patents but 4682 published applications.