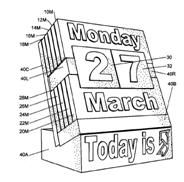 Thousands of requests will be filed in the next couple of weeks asking the USPTO to recalculate the patent term adjustment (PTA) owed to recently issued US patents. [LINK] In a prior post, I suggested that the PTO’s approach of offering a second-window for recalculation could be seen as improperly extending the agency’s authority. [LINK] The PTO’s improper extension of authority to adjust PTA is unlikely to leave a patent invalid. However, it is possible that the extended term could be rendered invalid under 35 U.S.C. § 282.

Section 282 describes defense available to an accused patent infringer. The final portion of the statute creates a defense of “invalidity of the extension of a patent term” based on improper calculation under either Section 154(b) (PTA) or Section 156 (PTE) of the Patent Act.

[The following shall be a defense:] Invalidity of the extension of a patent term or any portion thereof . . . because of the material failure (1) by the applicant for the extension, or (2) by the Director, to comply with the requirements of such section.

The statute goes on to explain that failure to comply with the statutory requirements create a defense against actions involving infringement “during the period of the extension.”

Under this statute, the term extension can be left invalid based on the USPTO’s failure to follow the law outlined in 35 U.S.C. § 154(b). The 1999 statute has not been interpreted yet, but appears to require (i) material failure to comply with the requirements of Section 154(b) and (ii) that the accused infringement occur “during the period of the extension,” and that the result will be that the improperly calculated portion of the extension will be invalidated.

Extension of USPTO Authority?: Section 154(b) of the Patent Act details the steps for calculating a patent term adjustment and for challenging the USPTO’s determination. Section 154(b)(3)(B)(ii) requires that the PTO “provide the applicant one opportunity to request reconsideration.” (Emphasis added). A still dissatisfied patentee then has a right to file a civil action in the US District Court located in Washington DC within 180 days of the grant of the patent. Patent applicants with patents that issued in the past 6-months were all already given one opportunity to request reconsideration of the USPTO’s PTA decision. In its interim recalculation offer, the USPTO is providing applicants with a second opportunity to request reconsideration. The administrative law question is whether the USPTO has authority or offer the second opportunity. Regarding invalidation of the extension under Section 282, an accused infringer hoping to challenge the term extension would also need to prove that the PTO action is “material.”

10 thoughts on “Invalidity of the Extension of a Patent Term”