Patent academics argue about the vague nature of pending applications (largely because claims can be modified prior to issuance). However, up to now, the database of published applications has been difficult to use as a FTO search database for a far simpler reason — most of the results in a patent application search are for applications that are no longer pending.  Those concluded cases unnecessarily clog the results.

As far as I know, no search-software-vendor has taken on the task of offering US patent application search results that include only pending applications.  Part of the difficulty of accomplishing that result is that it has been difficult to identify which applications have been abandoned.

As part of its data transparency project, the USPTO recently began publishing a list of abandoned patent applications. [LINK]. In the near future, I expect that this newly available data will be helping to facilitate your FTO searches. 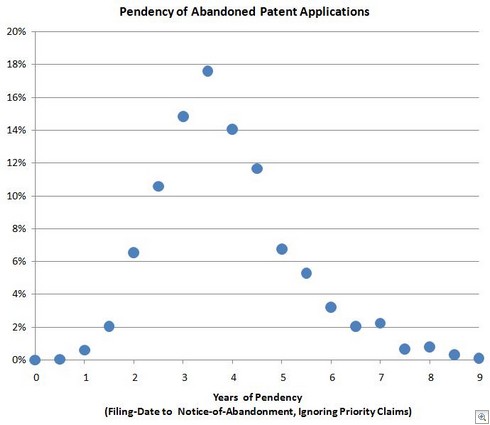