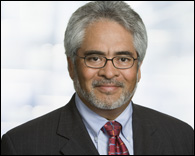 President Obama has announced the nomination of Jimmie V. Reyna to fill the open slot on the Court of Appeals for the Federal Circuit that was created when Judge Mayer moved to Senior Status in June 2010. The Spring 2010 nominations of Kathleen O'Malley and Ed DuMont are still pending Senate confirmation. Federal Circuit Judges Newman, Lourie, Gajarsa, Dyk, and Bryson are all eligible to take senior status.