PatLit is part of a family of excellent IPKat blogs created by UK attorney Jeremy Phillips. As you might guess, the website has a European focus, although not exclusively so. In a recent post, Michael Thesen wrote about the ongoing patent litigation between Samsung and Apple – with a focus on a German preliminary injunction based upon a European Design Registration. The following is reproduced with permission. 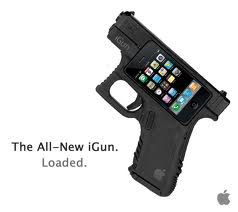 A preliminary injunction granted on the request of Apple for preventing the sales of Samsung's Galaxy Pad in most of Germany has recently caused a fairly big swivet in the IP community. This 1st instance case, featuring an industrial design and a defendant citing somewhat flimsy evidence, has even found its way to the hall of fame of "patent wars" in minimum time.

What is surprising from a patent litigator's point of view is how simple this is. How is it possible that a preliminary injunction is granted based on an unexamined right? [DDC Note: Unlike US Design Patents, Europe Design Rights are registered without substantive examination.]

As everywhere, the decision to grant a preliminary injunction requires a careful balancing of the right owner's interest in preventing damages of irreparable nature and the defendant's interest in a fair procedure. For any kind of protective right, doubts in the validity and doubts in the question of infringement will lead to a refusing decision in order to safely avoid erroneous judgments due to precipitate action.

In patent matters, even a successfully completed examination procedure is not necessarily sufficient to prove the enforceability with a sufficient degree of certainty (at least in Germany). Rather, additional conditions have to be met. In the case of unexamined utility models, the burden of substantiating the enforceability is at the plaintiff's side, which must produce at least the results of a professional search carried out on the subject-matter of the utility model or a positive decision of an invalidity procedure.

Nothing of this kind can be found in the judgment of the Düsseldorf court – the reason being fairly simple: the validity is legally presumed in Art. 85(1) of the Community Design Regulation (CDR), i.e. the court has to treat the community design as valid. This legal presumption may be challenged by way of a counterclaim. However, this shifts the burden of proof/substantiation to the defendant's side. The applicability of Art. 85(1) CDR to interim relief has been questioned, but is generally accepted as far as the author of this note knows.

In practice, the short time scale of procedures in interim relief, the lack of search possibilities comparable to those available for patents and utility models and an official search result to start with leaves the defendant defenseless. This has a further crucial effect on the question of infringement because the defendant has practically no possibility to substantiate the existing design corpus such that the judge has to presume a high degree of freedom of the designer and thus a large scope of protection (cf. Art 10(2) CDR).

Further, the Hagen District court holds that the damages caused by infringements of industrial designs are more likely to be of irreparable nature as compared to patents because the industrial value of the former lies primarily in its individual character, which would be "diluted" when admitting counterfeits during the procedure of the merits, whereas the value of the patent basically lies in its technical advantages which are, as such, not affected by counterfeits on the market.

In particular in the world of telecommunication patent wars there is one further feature of industrial designs which makes them frightening weapons: they are not essential for standards and, thus, not subject to FRAND agreements. As a matter of course, there is no way to obtain interim relief against a global competitor on the basis of a standard-relevant patent.

In other words, you need not bother with being fair, reasonable and non-discriminative when using industrial designs.

The result is that industrial designs are tools which are largely underestimated in the portfolio of most of the IP right holders. Design rights are not expensive, powerful, can be enforced rapidly, easy to understand even for less experienced judges or customs officers, not susceptible for translation errors even in China, and deserve a decent fraction of every company's IP budget.

36 thoughts on “Guest Post: Industrial Designs – the Wonder Weapon for the German Blitzkrieg?”