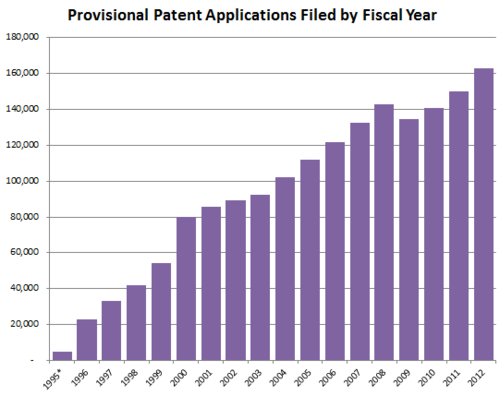 By design, the vast majority of provisional patent applications are filed on US-originated inventions.

The large number of abandoned provisional applications leads to several important results. First, the two-step filing process likely helps applicants do a better job of weeding out lower-quality inventions by the time examination begins. On the flip side, more weeding is probably necessary because the low cost and formality of provisional applications likely induce the filing of more weeds. Second, because the USPTO never makes-public the non-relied-upon applications, hundreds of thousands of patent applications are kept secret and their disclosures never made public. Although the information may still be useful for the applicant as a trade secret, the abandonment most likely means that the idea has been shelved and likely lost.

118 thoughts on “Provisional Patent Applications as a Flash in the Pan: Many are Filed and Many are Abandoned”