Following up on Dennis's post earlier this morning, below I've provided a few charts showing the Federal Circuit's practice of citing KSR in its obviousness opinions.  The data comes from a study of the court's post-KSR obviousness jurisprudence that I'm currently writing up; as a result, it only runs through April 30, 2012.  The pattern is noticibly different from that of the BPAI/PTAB data that Dennis provided, both for all opinions involving obviousness and for just those arising from the PTO. 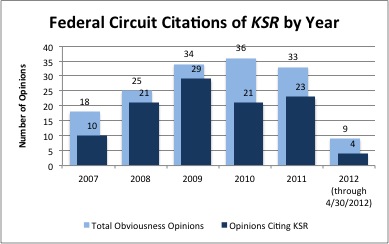 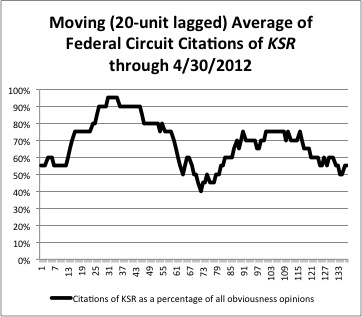 The last chart follows the same format as the first chart, limited to appeals arising from the PTO. 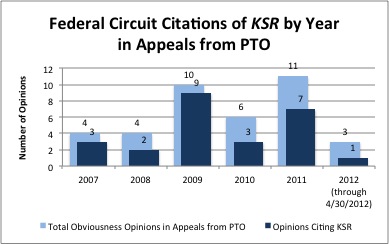