Since 1979, Ms. Fox has been selling rooster-shaped chocolate lollypops. These sell well in my birthplace of Columbia South Carolina – home of the Gamecocks. Naturally, Fox calls her lollypops “Cock Suckers.” 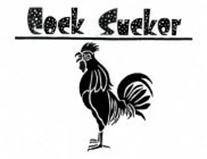 We therefore see no reason why the PTO is required to prove anything more than the existence of a vulgar meaning to a substantial composite of the general public in order to justify its refusal. . . .

We recognize that there are “whimsical” and humorous aspects to Fox’s mark. But the fact that something is funny does not mean that it cannot be “scandalous.”

Toward the end of the opinion, the court attempted to offer some libertarian condolences to Ms. Fox – writing that

Nothing in this decision precludes Fox from continuing to sell her merchandise under the mark at issue. . . . If Fox is correct that the mark at issue “bring[s] [nothing] more than perhaps a smile to the face of the prospective purchaser,” then the market will no doubt reward her ingenuity. But this does not make her mark registrable.

Left unsaid is that, based upon the results of this decision, the market will also copy her ingenuity.

As an aside, the nice thing about the rule against scandalous marks is that you never have to worry about trademark infringement when cursing up a storm.

30 thoughts on “Something can be both Funny and Improperly Scandalous, even a Federal Circuit Opinion”