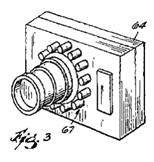 The court’s opinion (as we cover in a separate post) focuses on obviousness and written description. Here, I write about indefiniteness as it relates to these preamble limitations.

Is it a Technical or a Legal Document?: A usual rule of patent claim construction is that limitations found in the preamble of a claim – especially field-of-use limitations – do not limit claim scope. However, sometimes preamble terms are limiting as the Court explained in Pitney Bowes:

Pitney Bowes, Inc. v. Hewlett-Packard Co., 182 F.3d 1298, 1305 (Fed. Cir. 1999); M.P.E.P. 2111.02. Many claim construction questions involve drawing quite fine-lines of involving coverage scope. Preamble-limitations are different because we are often talking about importing an entire limitation into the coverage that was not previously there. By examining the body of court decisions, it is possible to elucidate a set of factors helpful in determining whether a particular preamble-limitation should be scope-limiting. But this is a pretty tricky issue and I don’t think that we should assume that inventors and technology developers would understand the particular circumstances of when certain preamble-limitations are limiting. Rather, those legal-technicality questions are typically the province of patent attorneys who work with the substance of the law on a daily basis.

It turns out this is important following the Supreme Court’s recent indefiniteness decision in Nautilus. In Nautilus, the Supreme Court provided a clear statement that patent claims are technical-in-nature and designed to be read by persons-having-ordinary-skill-in-the-art. For camera technology, someone of skill in the art might be a camera designer and in the indefiniteness context the indefiniteness question is whether the claim scope would be reasonably certain to the camera designer (after considering the intrinsic evidence).

Tying this back to the issue of preamble-limitations: An ordinary camera designer would not be familiar with the law of preamble-limitations and how they would apply in this case. And, this leaves us with a several of potential results. Perhaps (1) a claim is invalid as indefinite when its scope depends upon and substantially changes according to the particularities of the preamble-limitation doctrine. (2) An alternative tact is to assume that the Supreme Court’s PHOSITA has been advised by a skilled patent attorney and thus understands the law.

119 thoughts on “Struggling with Nautilus: Patent Claims Through the Eyes of Non-Lawyer Technologists”