In the ongoing saga between the USPTO and Hyatt, the USPTO recently submitted an interesting family tree of related applications filed by Gilbert Hyatt.  Nice redaction.

It is unclear to me why the entire block is redacted since some of the Hyatt patents have issued and therefore are public as is the application of any unpublished application whose filing-date benefit is claimed by one of issued patents. 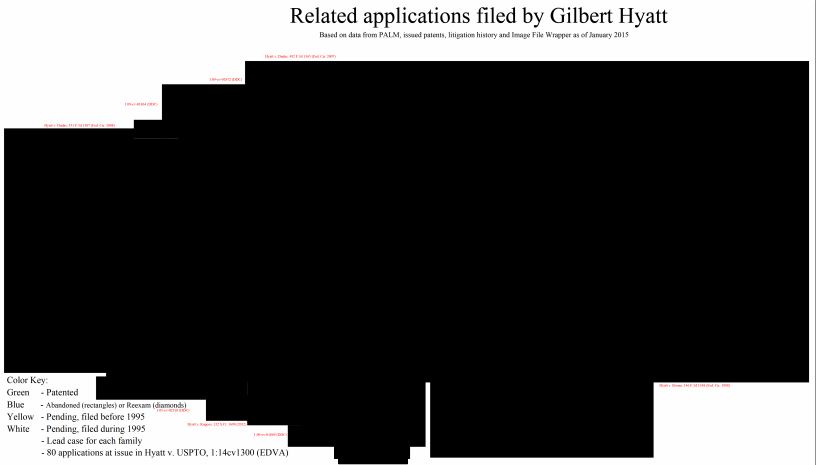