As expected, the USPTO has posted its first reduction in patent grants of the Kappos-Lee era.  In Fiscal Year 2015, the PTO issued 296k utility patents. That is a 3% drop from the record high of 304k patents issued in FY2014.  Although a modest reduction in the absolute number of patents granted, FY2015’s numbers still represent the second-highest number of patents granted in the PTO’s 200+ year history. 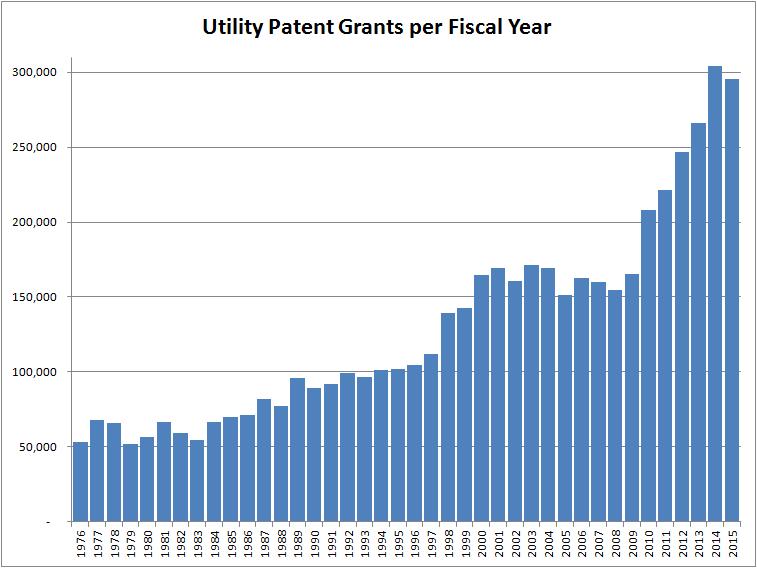