An interesting mandamus action was recently filed by the Prof John Duffy and Jim Dabney (both now with Hughes Hubbard) raising the following: Whether 28 U.S.C. § 1400(b) precludes the district court from hearing this action.

28 U.S.C. § 1400(b). Section 1391(c) further provides for a broad definition of residency, broadly including both (1) the district of domicile and (2) any district where the defendant is subject to the court’s personal jurisdiction on the issue of the case.

The question ultimately raised by the case is whether the broad residency definition of §1391(c) applies to modify and expand the “resides” language of 1400(b).

The history goes back-and-forth: In Fourco Glass Co. v. Transmirra Products Corp., 353 U.S. 222 (1957), the Supreme Court ruled that “28 U.S.C. § 1400(b) is the sole and exclusive provision controlling venue in patent infringement actions, and that it is not to be supplemented by the provisions of 28 U.S.C. § 1391(c).” Then in 1988, §1391(c) was amended to expand the definition of residency and also to include a statement that its residency definition was “for purposes of venue under this chapter.” Subsequently, the Federal Circuit in VE Holdings held that the 1988 amendment overruled Fourco and that the expanded residency definition §1391(c) now applies in patent cases since §1400 (the patent jurisdiction provision) is in the same chapter as §1391. In 2011, Congress again changed its statute – this time repealing the “for purposes of venue under this chapter” and instead added in that the statute applies in all civil cases “except as otherwise provided by law.”

The petition argues that VM Holdings was wrongly decided in the first place and basically led to the reality known as the Eastern District of Texas. In the alternative, the petition also argues that the 2011 amendment overruled VM Holdings.

VE Holding has produced enormous venue shopping opportunities in patent infringement actions to the point where, in the most recent year, one district (E.D. Tex.) has 50% more patent filings than the next most popular district (D. Del.) and more than four times as many filings as the district with the third most patent case filings. . . . “The abuses engendered by this extensive venue,” Stonite Products Co. v. Melvin Lloyd Co., 315 US 561 (1942), are precisely the sort of abuses that were prevented by the Supreme Court’s decisions on § 1400(b) and that would be prevented once again with a return to those controlling precedents.

What isn’t clear to me is whether a mandamus panel has authority to overrule the prior precedent. Of course, an en banc panel will have that authority and in their petition Duffy & Dabney particularly request en banc consideration.

At first glance, you might think that petitioner’s rule would lead to a patentee having to sue a defendant separately in each state across the nation. That would only be true if there was no location with general jurisdiction over the defendant – nationwide claims would still be available in any state with general jurisdiction over a defendant. In addition, the availability of multi-district litigation would streamline cases where multiple parallel lawsuits are filed. 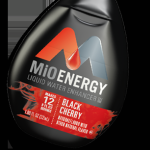 The case below is Kraft Foods v. TC Heartland (D.Del.) and alleges infringement of three patents covering the packaging and contents of a flavored liquid beverage concentrate such as Kraft’s MiO water enhancer. U.S. Patent Nos. 8,293,299; 8,511,472; and 8,603,557.  TC Heartland makes its competing “Splash” water enhancers from its Carmel, Indiana HQ.

25 thoughts on “Where does a Defendant “Reside” for Jurisdictional Purposes in Patent Infringement Cases?”