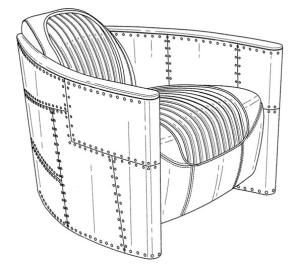 Judge Leinenweber dismissed the case on forum-non-conveniens grounds — finding that Chicago is not a convenient forum for a Canadian defendant company.   Rather, the District Court suggested that the Federal Court of Canada would be a better forum – and that no rights would seemingly be lost. According to the district court, “the United States has recognized the potential of applying the copyright laws of other nations and perhaps Canada could do likewise.”  (The district court did not particularly address Canadian patent, trademark or other state law allegations). This decision was clearly offensive to the Federal Circuit who quickly reversed and remanded.

28 U.S.C. § 1404(a) is a partial codification of the forum non conveniens doctrine and controls transfers between federal courts.  However, the doctrine retains its common law roots when addressing foreign transfer issues. Law students still read Piper Aircraft, 454 U.S. 235 (1981) and thoroughly discuss the rare cases where U.S. courts dismiss cases to instead be adjudged by foreign tribunals.  In those cases, the same forum non conveniens issues arise – ease access to proof; availability of compulsory process of unwilling witnesses; cost savings for the parties; local (immovable) evidence (such as the site of an accident); court congestion; local interest in enforcement; potential conflict of laws, etc.  In Piper, the Supreme Court noted that, although the alternate foreign forum must be ‘adequate’ it need not offer identical rights. However, even under the more liberal Piper rules, the alternate forum must still permit litigation in the same subject matter of the dispute.

In reversing, the Federal Circuit found no evidence that the Canadian court would be willing to enforce Halo’s copyrights against infringement in the US.

It cannot be assumed that a foreign court would adjudicate an intellectual property dispute where the alleged infringement occurred elsewhere [i.e., in the US], and the case otherwise has little or no connection to the chosen forum. The copyright and patent laws of the United States certainly reflect such territoriality. United States copyright law, for example, generally admits of no remedy for extraterritorial infringement unless a predicate act of infringement was first committed within the United States.

The court also noted that, despite the alleged infringer’s HQ, there was no evidence of record showing infringement in Canada.

In walking through this, the Federal Circuit did not foreclose the idea of a foreign transfer in IP cases but found that the movant failed to prove its case here:

It is particularly important that a forum non conveniens movant demonstrate the adequacy of an alternative forum when the dispute implicates the enforcement of intellectual property rights. . . .

On remand, the district court will again take-up the case and consider these IP claims.

I agree with the court’s decision here. However, it would have been a much more interesting case if there were allegations of both US and Canadian copyright infringement.  In that scenario it would more likely make sense to consolidate the cases.  Perhaps future revisions of the TPP will include availability of trans-border IP enforcement processes.