When judging infringement of a patent and the patent’s validity, we do not look to the patent as a whole but rather to the individual patent claims.  To win its case, a patentee need only find one claim that threads that needle of being both infringed and valid (and otherwise enforceable).  Because it is often difficult to predict which claim fits that mold, most patent attorneys believe that more claims are generally better than fewer claims.  However, despite the potential added value of extra claims, fewer and fewer patentees are seeking those extra claims.

The chart below offers a time-series of the percentage of US utility patents that are “Jumbo” – with >20, >30, or >40 patent claims and grouped by patent issuance year. You’ll note that the rates are falling. Three reasons – (1) increased fees that began in 2004 for these extra claims; (2) more aggressive USPTO restriction practice; and a greater number of internationalized cases that involve high extra-claim-fees in other jurisdictions. 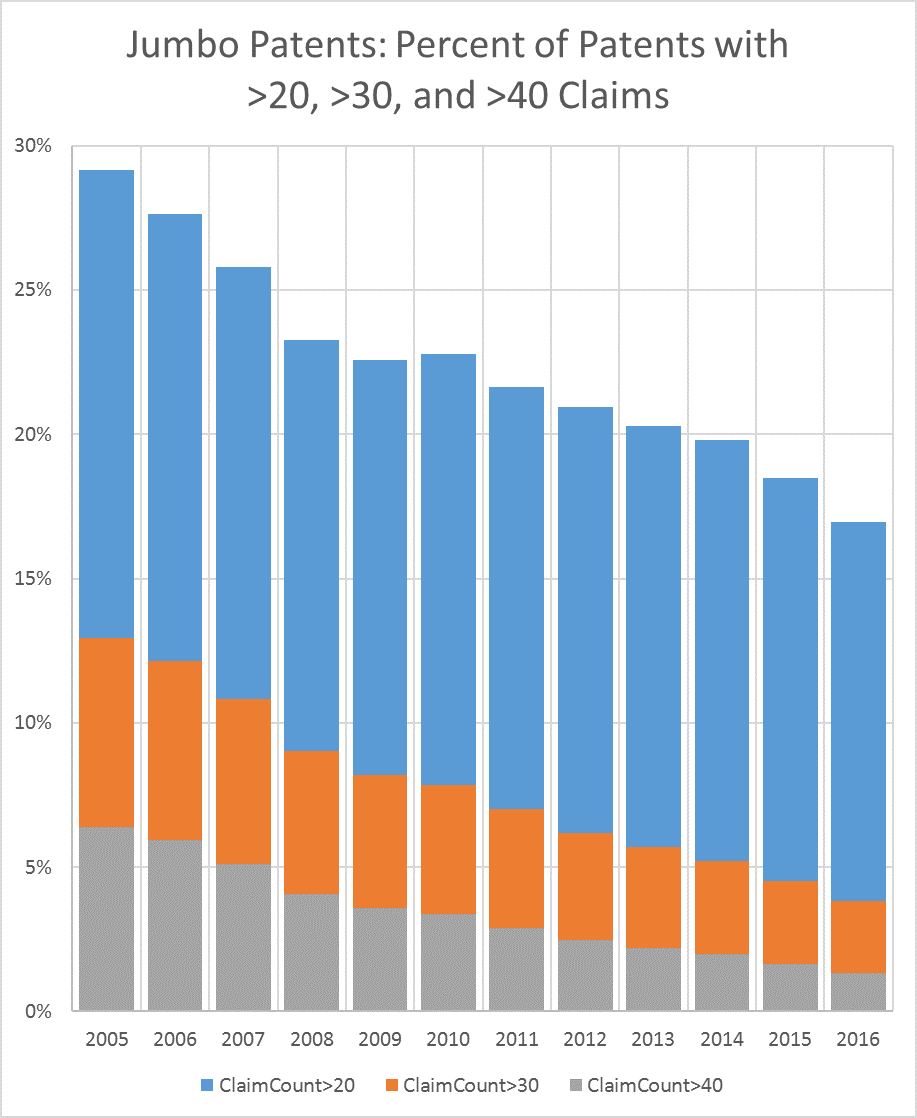